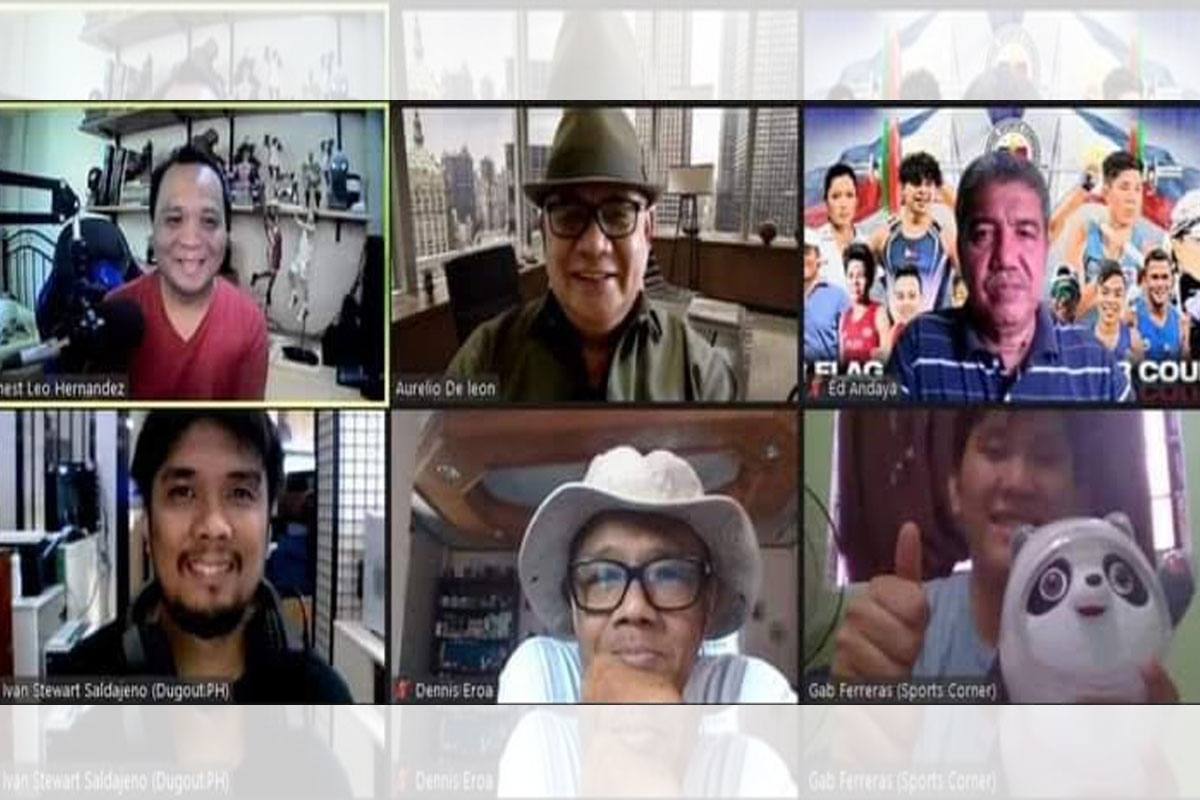 PHILRACOM chairman Reli de Leon is the special guest in the “Sports On Air” episode 4 last Feb. 4. With him in photo are People’s Tonight sports editor Ed Andaya and other veteran journalists.
Other Sports,

Speaking at the “Sports On Air Weekly” program, Philippine Racing Commission (PHILRACOM) Chairman Aurelio “Reli” de Leon said Alba and Cojuangco are hands down choices for the prestigious award to be given by the racing body for the first time in 155 years.

Alba was a pre-war Filipino race jockey who was once included in the Guinness Book of World Records, while Cojuangco served as the founding chairman of the PHILRACOM from 1975-1978.

“Horseracing, the sport of kings, started in the Philippines 155 years ago. But this is only the first time that we are introducing this Philippine Racing Hall of Fame,” De Leon told the six-man panel composed of veteran sports journalists.

“It’s a well-deseved and long-overdue recognition to the men and women who made horseracing in the Philippines the No. 1 spectator sport and multi-billion industry supporting the goverment,” added De Leon.

De Leon, who was appointed Chairman of the horseracing body in 2020, said more than 30 personalities have already been nominated by different horse racing associations/ clubs and various sectors representing jockey, trainers and horse owners.

“Based on the resolution approved by the PHILRACOM, we plan to have 10 awardees for the first year. Right now, there are already 33 nominees and a screening committee will be formed soon to review the list. This will be a yearly event, so yun hindi makasasama sa first batch of awardees will get the chance in future selections.”

De Leon, the 12th PHILRACOM chairman, also mentioned jockey Leonardo Trinidad, one of the most popular jockeys in the 70s.

The exact date and venue of the awarding ceremonies will be finalized late next month.

Meanwhile, De Leon thanked the Games and Amusements Board (GAB), headed by Chairman Abraham”Baham” Mitra, for helping PHILRACOM in cracking down on illegal bookies still operating in Metro Manila.

Best of the best