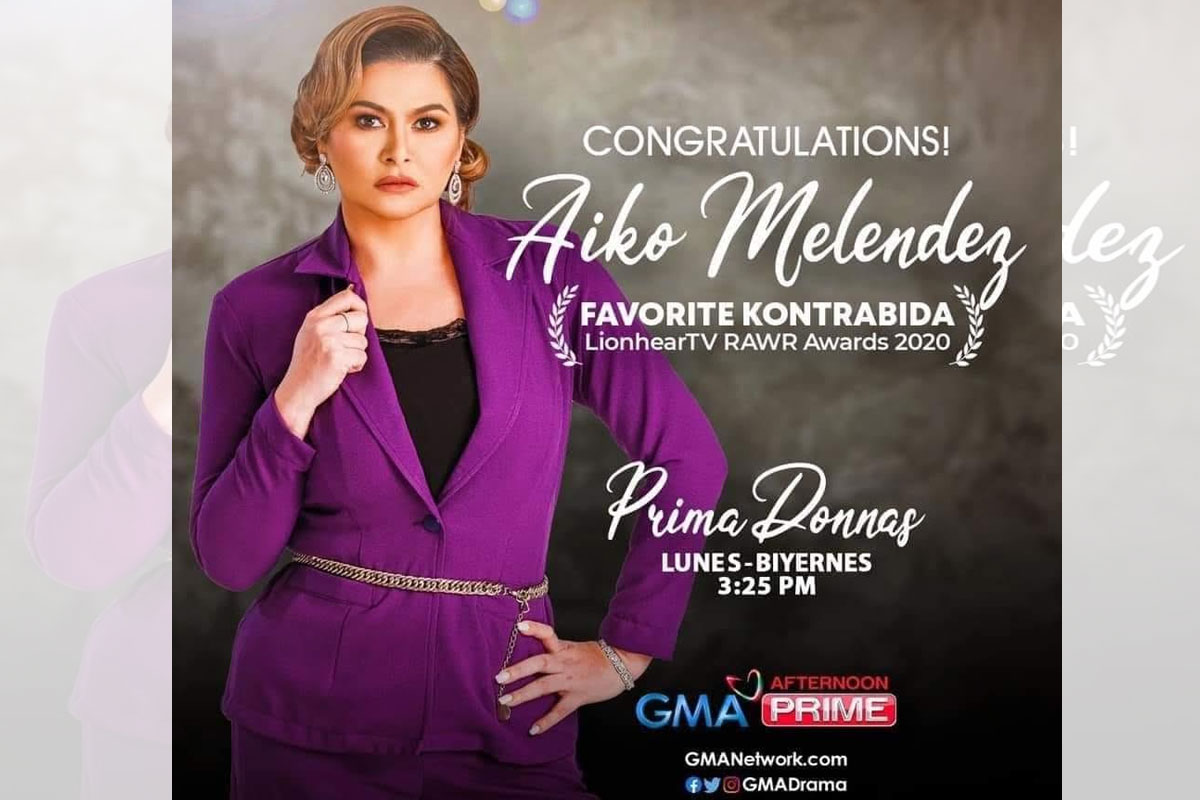 AIKO Melendez surprised us in the trailer of “Prima Donnas Book 2”. In Book 1, she has won two best supporting actress awards for her role as the villainous Kendra. Now, she still plays Kendra in Book 2, but with a twist. She is now confined in a mental hospital and has completely lost her mind.

So how did she cope with the demands of her role?

And they are so pleased with the final results. “You know, sa totoo lang, we are very happy sa acting ni Aiko, kasi nabigyang justice niya talaga what we had in mind for the character. And also, ang maganda, she did it na walang ka-effort-effort. Walang pagta-trying hard. You know it’s coming from within her, from her heart. She really did it with flying colors and we won’t be surprised if she’d win more awards for her performance here.”

The recap of “Prima Donnas Book 1” is now going on. By next week, they will start airing the new fresh episodes of Book 2 with the return of Sofia Pablo’s character who went missing in Book 1.