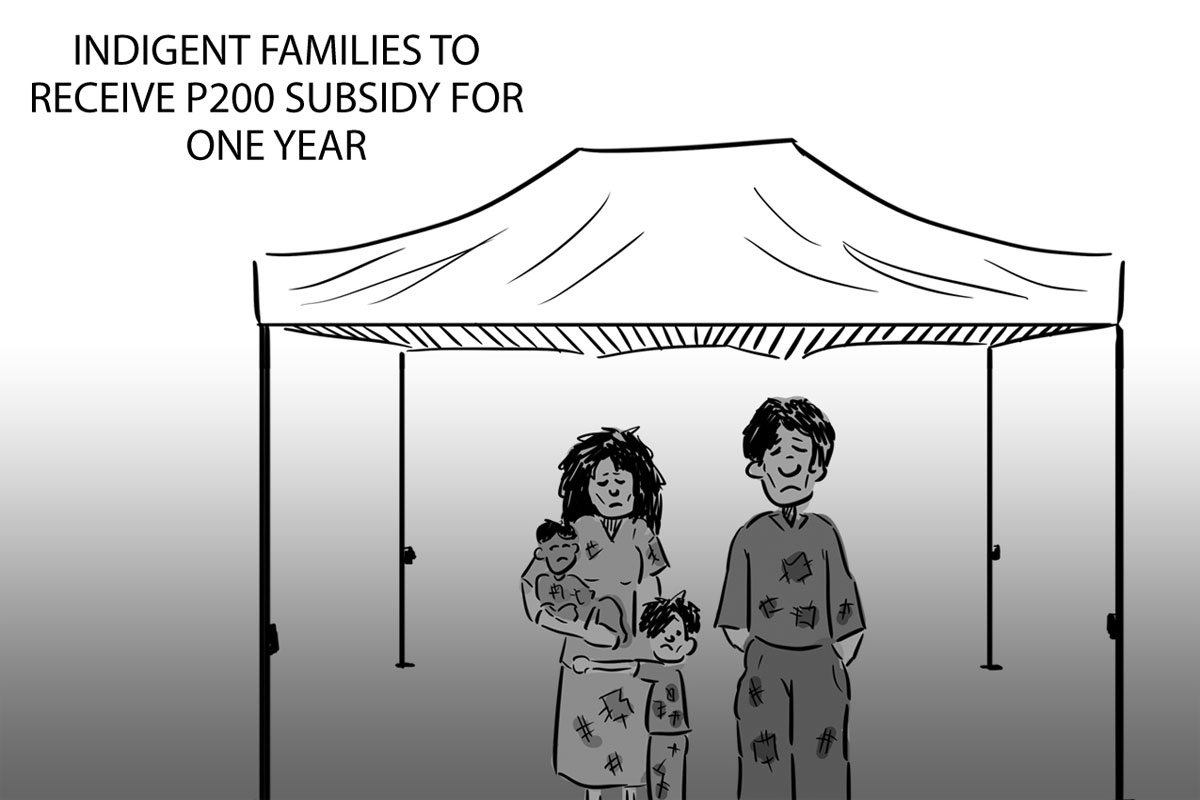 PRESIDENT Duterte’s approval of a monthly subsidy of P200 per household for the country’s indigent families for one year should be welcomed by all sectors of Philippine society.

Duterte approved the said financial assistance, as recommended by the Department of Finance (DOF), during last Tuesday’s meeting with Cabinet members and other officials.

“This is something that we can sustain. We realized that this is not enough but this is what we can afford as of this time,” said Finance Secretary Carlos “Sonny” Dominguez III.

Amounting to P33.1 billion, the “ayuda” is seen to benefit the bottom 50 percent income level or 12 million households not only in the Metropolitan Manila area but elsewhere.

The amount drew criticisms from various sectors, including jeepney operators and drivers.

Coming at a time when the government is trying its best to stimulate the domestic economy, devastated by the paralyzing COVID-19 pandemic, the “ayuda” may not appease the public.

Hopefully, however, the government of outgoing President Duterte may still come up with other measures aimed at helping the poorest of the poor across the country.

And Duterte ought to ferret out the profiteers and hoarders before these erring traders victimize more Filipinos.