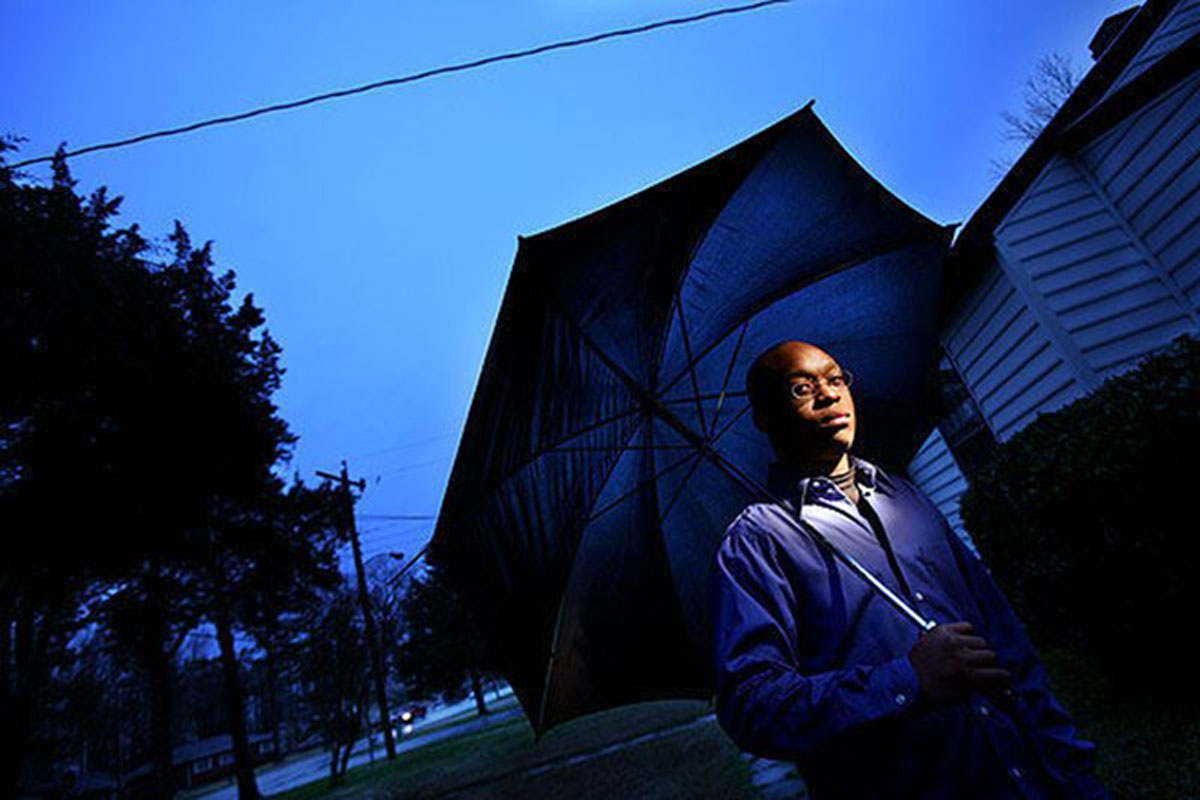 The story of Terrell Copeland of Suffolk, Virginia is another most convincing UFO encounter case in the history of Ufology. The former U.S. Marine from Virginia claimed that he had faced multiple UFO encounters in the past few decades and even visited one of the crafts. One wouldn’t imagine that Copeland would make up unbelievable tales. He had long been regarded by friends and family as a straightforward, diligent, and sensible man who wasn’t given to tall tales. However, things began to change for him on the evening of October 24, 2005.

In 2009, a secret meeting was held in a small New England town, attended by 1500 people who were either abductees or curious about UFOs and aliens. Terrell Copeland drove 600 miles from rural Virginia to attend that meeting. In the meeting, Copeland revealed that his first UFO sighting occurred in 2005. A triangular-shaped flying object was seen hovering over the shopping center late at night in Suffolk. The second one happened in 2007, which he even recorded on his camera from his apartment. (Source)

He said: “It was an orb of light. Just a big ball of light. It wasn’t moving. One was solid white. The other was directly across the street from it … up 300 feet above ground and was changing colors very rapidly.” Looking at the object, he thought it was just over his head. Soon after he published the video online, strange things started to happen.

One day, he heard a knock on his door and saw a mysterious man that came to him. He identified himself as a military contractor and soon began asking Copeland personal questions. The man stated that the government is in contact with extraterrestrials. “When you see these object[s], and then you do the research and you see that there are so many people who have experienced the same thing as you … you have to say to yourself … maybe there is something to this,” he said. (Source) 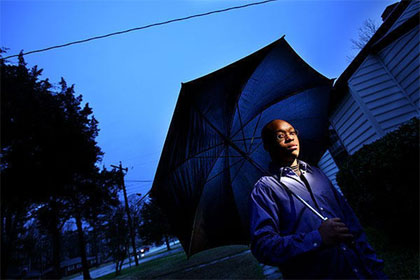 In a photo, Terrel Copeland is standing in a place where he claimed to have seen UFO in 2005 Image credit: The Virginian Plot

Soon after it, Copeland started missing time and felt temporary paralysis. This led him to draw pictures of the incidents he witnessed during his missing hours. He recalled the night in 2006 when he was abducted and saw a woman who had human features but was not a human. He added that she had black eyes and an elongated skull. In his next abduction, he found himself waving at the spaceship while standing on his balcony.

Copeland said that his experiences with aliens have spiritually transformed him. He said: “I just want to be a better person because if I feel if someone from above took notice of me … then maybe I’m doing something right. And if I’m doing something right, maybe I can do it better.” His case was believed and shared by thousands of people who had similar experiences. This led the flock of UFO researchers to knock on his door.

His story became Case no. 58105 on “The History series: UFO Hunters.” He was even called an alien hybrid on national TV by the host named Bill Birnes. “That’s heavy,” Copeland said. “It’s not surprising to me, though. After all that’s happened these last couple of years, it could be true.” 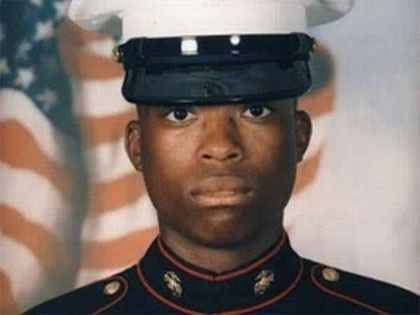 The former Marine and his alien abduction story have since been featured on HISTORY.

Copeland was also tested by the UFO Hunters team’s medical staff, who discovered that he had an “unknown, rare blood disorder,” whatever that means, which the program said was also shared by other alleged extraterrestrial abductees. Copeland can’t really explain why these aliens could be interested in him, but he is convinced that they are keeping an eye on us and getting ready to confront us, whether we like it or not.

He said, “I truly believe that’s what all of this is leading to – a meeting with a biological entity. Every culture from the Aztecs to the Egyptians talks about someone coming from the sky. The information is there for us. Unfortunately, we don’t look at things with a logical mindset. … As humans with modern civilization, we’ve been blessed and think we’re at the top of the proverbial food chain. But that isn’t the case. They will reveal themselves and intervene in human affairs. We need to get off our high horses. People will not take integration lightly. … They’re going to show themselves. Get ready. You want change? Change is coming.”

Copeland’s footage was compared with the video taken by UFO enthusiast Michael Lee Hill over Lake Erie, Ohio, who also claimed that he had multiple UFO encounters and experienced an alien abduction. During the episode, Birnes told Copeland that “there is a branch of the government that you’re being recruited for – that somehow, some way, you are a hybrid between “ET” and humans.”

Copeland retired from the military due to a rare blood condition associated with muscle injuries and found a job in a warehouse.

10 ‘Ghost Ships’ That Mysteriously Disappeared At Sea & Were Never Found