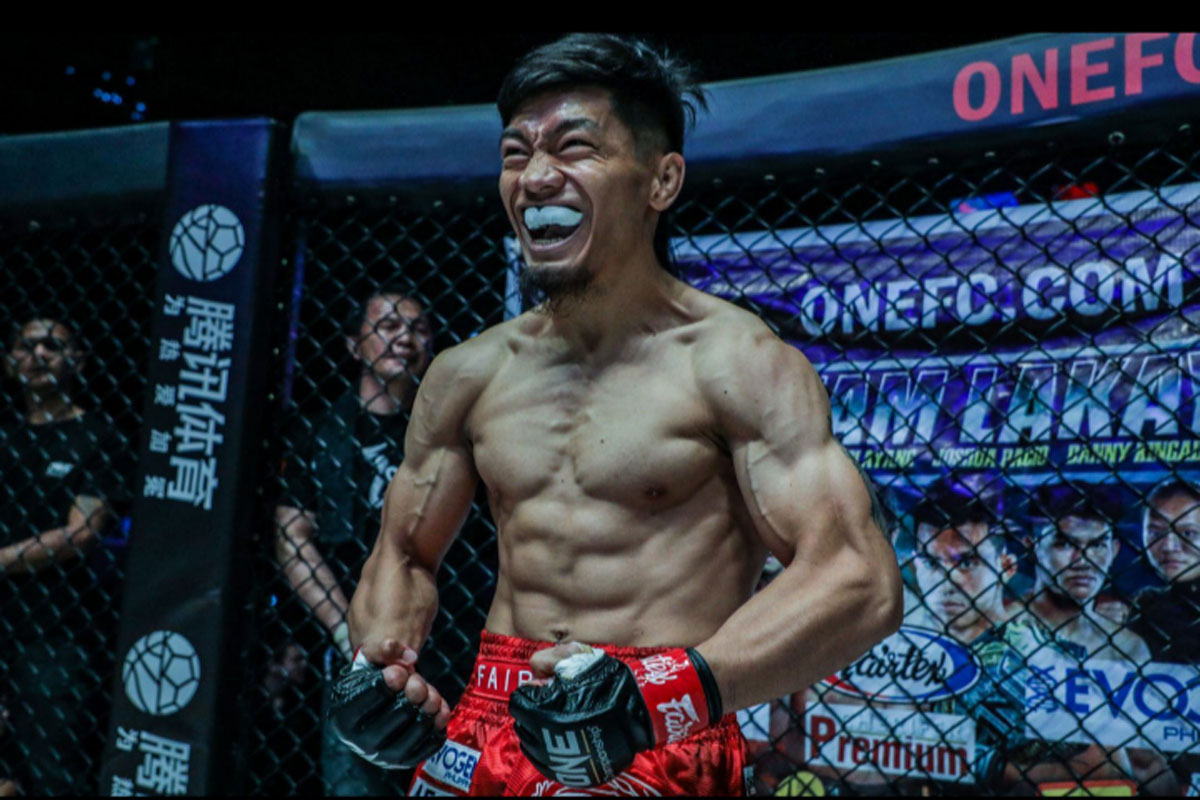 LITO “Thunder Kid” Adiwang shared the excitement of most fight fans for the announcement of the hybrid megabout between mixed martial arts legend Demetrious “Mighty Mouse” Johnson and reigning ONE Flyweight Muay Thai World Champion Rodtang “The Iron Man” Jitmuangnon at ONE X in December.

“I was surprised when I found out about it because we all know what a big deal it is to hear that two of the all-time greats in Rodtang and Demetrious are fighting,” he said.

It truly is groundbreaking news, with two of the best in their disciplines facing off in a never-before-seen fight setup to celebrate ONE Championship’s 10-year anniversary.

Both Rodtang and DJ are set to wear 4 oz gloves while splitting the four rounds down the middle. Rounds one and three will be contested in a Muay Thai set up, while rounds two and four will be under the promotion’s Global Martial Arts ruleset.

It’s a first of its kind arrangement that has left the likes of the Filipino intrigued.

“First time in history that such a setup will be held. It’s really exciting and I really want to see what will happen between them,” said Thunder Kid, who is coming off a sensational unanimous decision triumph over Chinese foe Hexigetu at ONE: Revolution.

Pardon Adiwang for feeling giddy talking about this colossal match which will see the best of both worlds collide in an unconventional setup.

“Imagine: you have one who is a pure striker who’s the best in his field, so that’s a clear advantage for Rodtang. On the other hand, you have Demetious who we all know what he’s capable of because he’s one of the greatests of all time, and there’s no question that he can finish Rodtang if the fight is under MMA rules. So it’s really interesting to see how that fight will play out,” he said.

For the Team Lakay star, the key for both Rodtang and Johnson is who can capitalize on the rounds geared towards their expertise, saying: “It will depend on who will be the first to impose their will because it will be like a cat-and-mouse match where both of them will try to catch each other.”

Although he has to admit that he will have to give a slight advantage to the “Mighty Mouse,” noting: “He can make it past the first round. He can clinch, keep a safe striking distance away from Rodtang and finish it in the second round where he’s more used to the rules because it’s under MMA rounds.”

Nonetheless, he’s just pumped to see this dream match come to fruition, so much so that the 28-year-old wishes that this won’t be a one-off.

“For me, this is really a big thing that unique fights like this are happening. We can now pit the best of the best, which before didn’t seem likely because of their contrasting disciplines. This is the best solution that ONE has made and it is certainly an interesting possibility for fighters who have different strengths,” he said.

Honestly speaking, “Thunder Kid” would like to test himself in this innovative match type as he sees himself thriving should he be matched up against a Muay Thai practitioner.

“It’s not a secret that I like striking, so if there will be rounds that will only be pure striking, like what’s done in Muay Thai fights, I’d really like to be part of that,” he said. “I like the concept and I believe that it’s a perfect fit for me.”

Adiwang is even going out of his way and presenting himself as an alternate if ever anyone of Rodtang or Johnson won’t be cleared to fight in that match.

After all, it was always a lifelong dream for the Team Lakay flyweight to test his mettle against either of the two.

“It has always been my dream, to face the best in my division, may it be in MMA against DJ or in Muay Thai versus Rodtang. So if ever someone will pull out, ONE just got to know that the

Thunder Kid is always here and I’ll always prepare for it,” he said with a laugh.