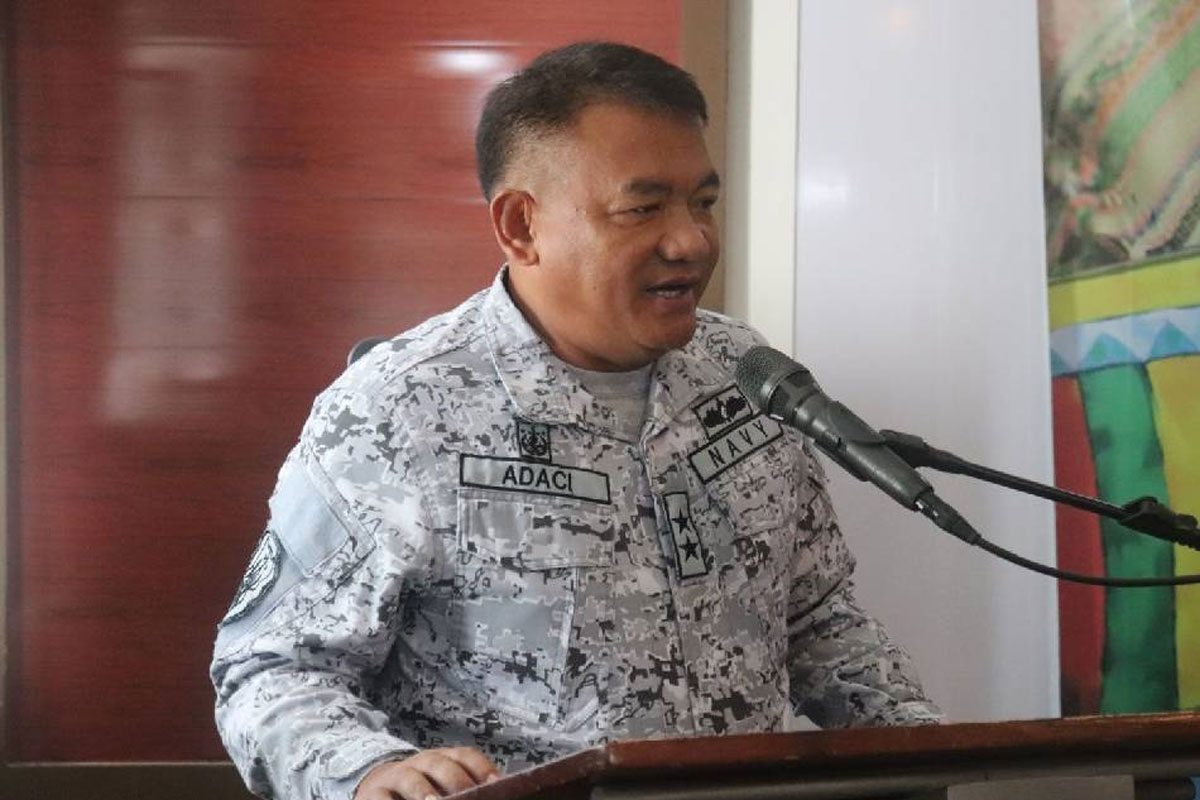 Adaci, a member of the Philippine Military Academy (PMA) Class of 1989, thanked President Ferdinand R. Marcos Jr. for his appointment.

“I would also like to thank the Commander-in-Chief and 17th President of the Republic of the Philippines, President Ferdinand Marcos Jr. for this tremendous vote of confidence,” he said during the change-of-command ceremony at Naval Station Jose Andrada on Roxas Boulevard, Manila.

He also thanked Department of National Defense (DND) Officer-in-Charge (OIC) Undersecretary Jose Faustino Jr. and the Armed Forces of the Philippines (AFP) Board of Generals and PN Board of Senior Officers for their “positive endorsements”.

Adaci considered his appointment as PN chief as the “most challenging stage of his military career,” even as he thanked his family for supporting him every step of the way.

Before being named to the Navy’s top post, he served as commander of Naval Forces Western Mindanao and skippered four naval ships aside from commanding various naval task forces during his long career.

“From this standpoint, it is only befitting to continue a trajectory as a modernizing naval defense force. I give credit to my predecessors who have ushered the way and enabled us to be where we are today. But we must remember that continuity demands more than just moving together towards a shared ambition, goal, or mission. As John Hunter, a management improvement guru, perfectly articulated, he said, and I quote, ‘continuous improvement means that we never perceive current success as our final achievement,'” Adaci said.

“We are already sustaining the policy priorities of our predecessors according to our Philippine Navy Sail Plan 2028. The modernization of hardware focuses on field specialization, automation and inculcation of a modern mindset in our navy personnel,” Adaci said.

Adaci also said the Navy will do its best to protect the country’s sovereignty.

“As your Navy we are directly involved in preserving and protecting our country’s maritime interest. We will adhere to and stand with the position of our Commander-in-Chief regarding our rights in the West Philippine Sea and the seas all over our archipelago. We will protect our sovereignty and territorial integrity at all times,” he added. Philippine News Agency