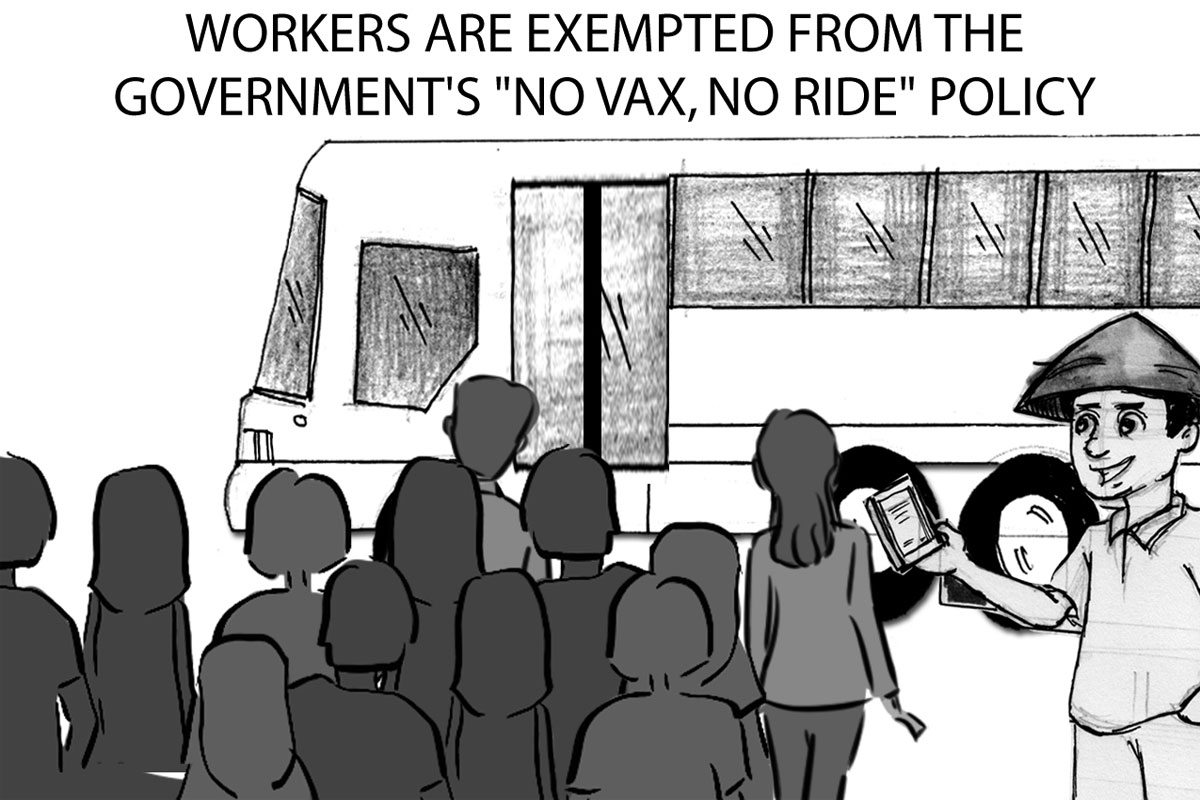 LABOR Secretary Silvestre Bello III’s clarification that workers are exempted from the government’s “no vax, no ride” policy is a welcome development in the campaign to revive the economy.

Bello issued the clarification following the uproar over the policy of the Department of Transportation (DOTR), which is aimed at preventing the further spread of the dreaded coronavirus disease.

“Our workers are exempted because they are rendering essential services,” according to the highly-articulate Ilocano DOLE secretary from the province of Isabela, a member of the “Solid North.”

In issuing the clarification, which drew praises and cheers from the labor sector, Bello explained: “If you stop them, how can our businesses flourish? If there are no businesses, there is no economy.”

A lawyer, Secretary Bello said the country’s already beleaguered workers are already having a hard time working and yet they are still being given a hard time going to work.

However, some qurters concede that the DOTR policy of “no vaccination, no ride” in public utility vehicles (PUVs) is certainly needed to slow down the spread of the deadly virus.

What’s needed, they said, is for the government to field enough public utility buses, jeepneys and commuter trains to be used by unvaccinated Filipinos, including workers.

And the government ought to ensure that there are enough vaccines not only in Metropolitan Manila but also throughout the Philippines, including those in far-flung communities.

In other words, national and local government authorities ought to deploy vaccinators 24/7 if we are to fully vaccinate the Filipino people.

PNP-IMEG vows unrelenting drive vs rogues in uniform, other scalawags in uniform