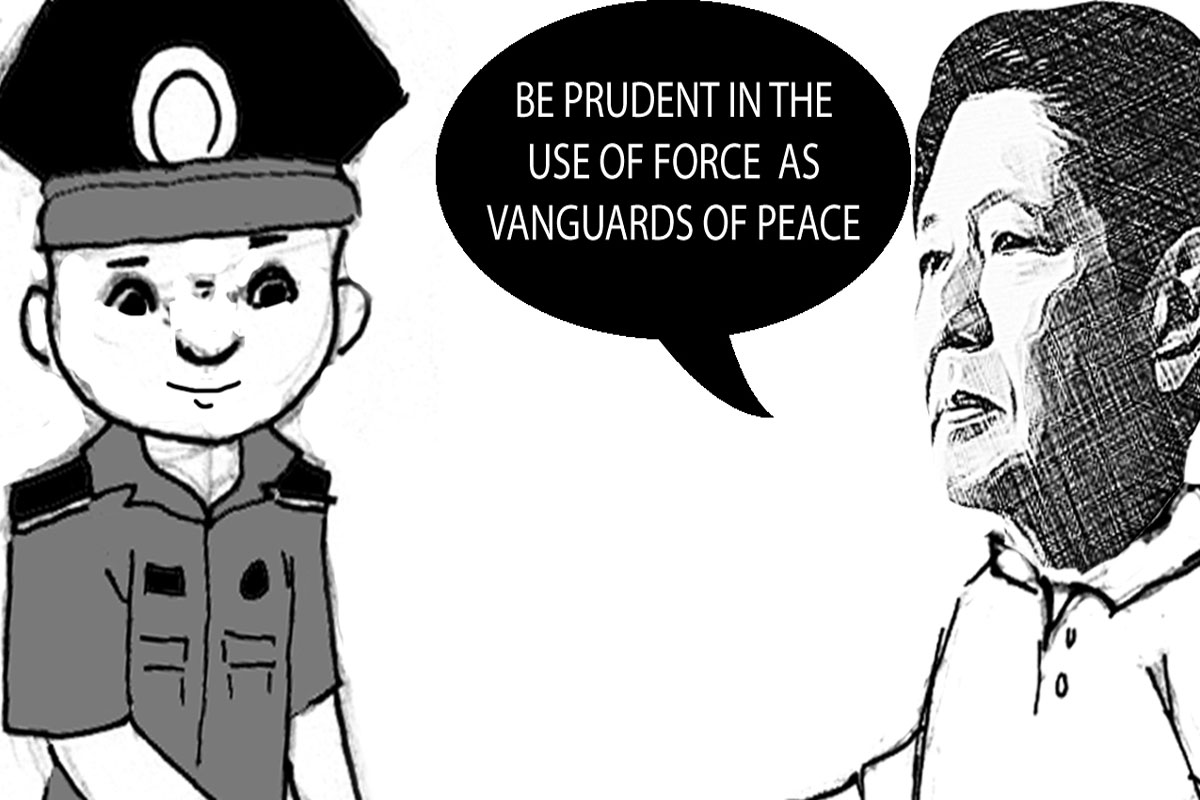 PRESIDENT Ferdinand “Bongbong” R. Marcos Jr.’s reminder to the Philippine National Police (PNP) to use force only when needed should be welcomed by all sectors of society.

This, we think, shows President Marcos’ determination to pursue a carefully-crafted master plan designed to bring about meaningful changes in the lives of many, if not all Filipinos.

He called on the police officers and men to be prudent in the use of force, saying that, as “vanguards of peace,” they play a vital role in his efforts to improve the lives of the people.

Like other well-meaning Filipinos, we share the view of the new President that “the use of force must always be reasonable, justifiable, and only undertaken when necessary.”

And he was quick to emphasize that “while we do our job, we also try to preserve human life because killing is not the solution…We need to study the root cause of how it happened.”

New PNP Chief Gen. Rodolfo Azurin Jr., on the other hand, assured the Filipino people that the national police agency would continue cleansing its ranks of misfits and scalawags.

An Ilocano, like Marcos, the strict but fair Azurin is seen to further develop and strengthen the PNP in its resolve to promote goodwill and harmony in the heart of our motherland.”

With President Marcos, Vice President Sara Z. Duterte and Azurin in the government service, Filipinos expect the authorities to succeed in addressing our many problems.