Journal News / Mysterties / A Secret Society of a Strange and Sinister Kind: The Cryptozoology Connection 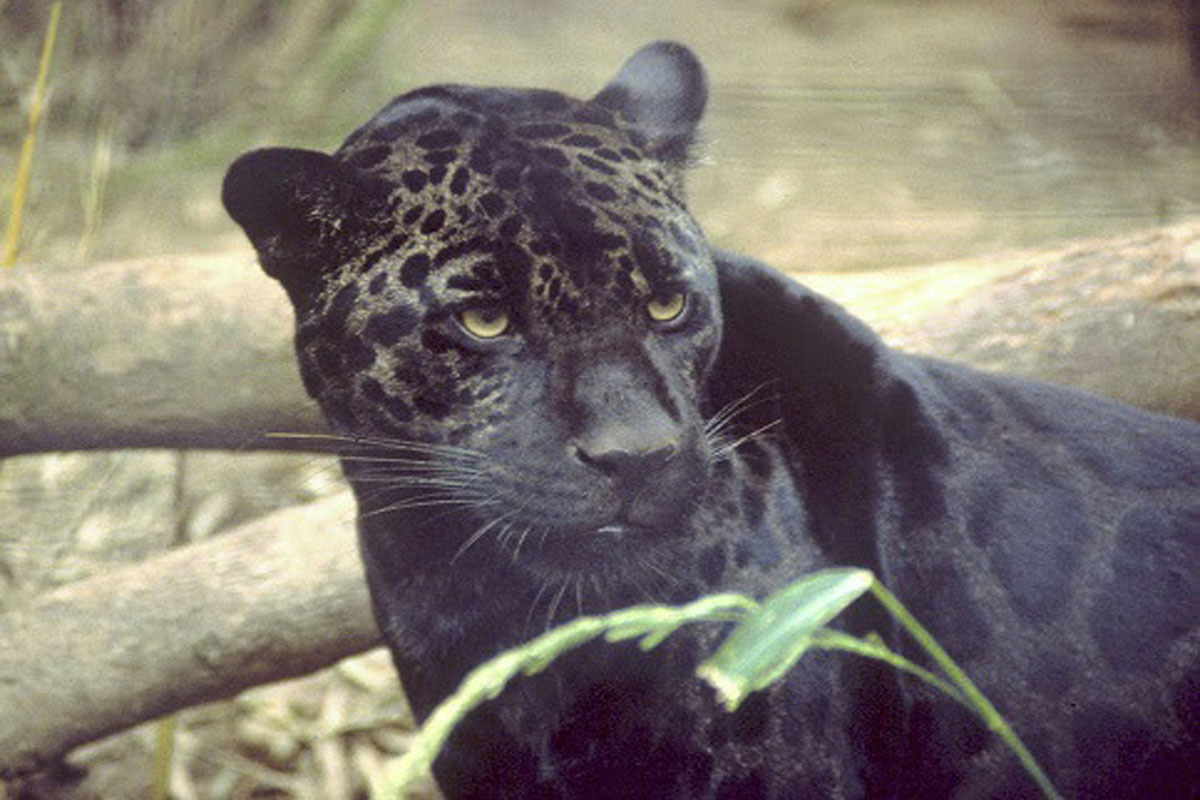 A Secret Society of a Strange and Sinister Kind: The Cryptozoology Connection

A connection between the worlds of Cryptozoology and secret societies? It may sound strange, but it’s a fact: if you dig deep enough you’ll see that the two are interconnected. Albeit, in a very strange and mysterious way. But, before we can get to the heart of the story, we need a bit of background on the phenomenon of ABCs. Or, rather “Alien Big Cats.” For decades, the British Isles have played host to a decidedly mysterious and marauding beast. It has become known as the “Alien Big Cat,” or the ABC. Some cryptozoolgists and monster-hunters suggest the puzzle is an even older one, maybe even dating back centuries. Regardless of when, exactly, the controversy began, the fact is that, pretty much every year, dozens upon dozens of reports surface of large cats roaming the wilder – and sometimes the not so wild – parts of Britain. Very often, the cats are described as being huge, muscular and black in color. This has given rise to the term “black panther,” which is actually incorrect, but frequently used by both the public and the press. It would be far more correct to suggest the creatures are probably leopards and jaguars displaying significant melanism – a condition in which there is an excess of a black pigment known as melanin.

As for how such creatures have come to be seen across pretty much the entirety of the British Isles, the theories are as many as they are varied. Some researchers hold that the animals have escaped from private zoos and enclosures and are now living and thriving very nicely in the nation’s woods and forests. Others suggest that back in 1976, when the British Government significantly altered the rules and regulations governing the keeping of large, predatory animals, the owners of such cats – who couldn’t afford to pay the new fees – secretly released their pets into the wild. And, today, so the theory goes, what people are seeing are the descendants of those large cats set free in the 1970s. Other theories are far more controversial: one suggests the ABCs may have been with us since roughly AD 43, when invading Roman forces brought large cats to Britain in the form of mascots. Did some of those mascots escape and manage to survive and breed, largely undetected? Some say: Yes. Then there is the highly-charged theory that Britain has in its midst an unidentified indigenous cat – one that science and zoology have yet to recognize or categorize. 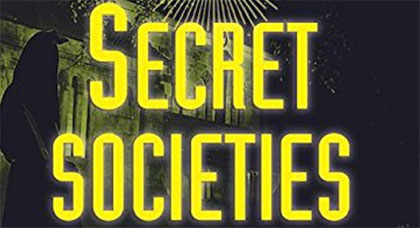 Whatever the answer to the question of the origins of Britain’s ABCs, the fact is their presence is accepted by the general public and the media – although largely not by the government, which prefers to play down the matter whenever and wherever possible. But they are not literal monsters: they’re simply regular animals, albeit seen in distinctly out of place environments, correct? Well…maybe not. They just might be monsters, after all. Although many ABC researchers cringe and squirm when the matter is brought up, the fact is there are more than a few reports on record that place the ABCs in a category that is less flesh and blood-based and far more paranormally-themed. There are cases of the ABCs vanishing – literally – before the eyes of astonished witnesses. People report large black cat encounters in old graveyards, within ancient stone circles, Crop Circles, and even – on a few occasions – in association with UFO sightings. Whatever the truth of the matter, the ABCs of the UK aren’t going away anytime soon.

Many people with an interest in the issue of powerful, secret societies will be familiar with the likes of the Bilderbergers, the Illuminati, and the Freemasons. Very few, however, will be conversant with an equally powerful body of people called the Taigheirm. Like so many other secret societies, the Taigheirm is populated by people who crave absolute power, massive wealth, and elite standing in society. It is, however, the way that the members of the Taigheirm achieves their goals that places them in their own, near-unique category. This centuries-old cult, which exists and operates in stealth in the highlands of Scotland, and has done so since at least the 17th century, uses ancient sacrificial rituals to get just about anything and everything it desires. It is rumored that numerous Scottish politicians, police-officers, bankers, actors, doctors, judges, and landowners are just some of the Taigheirm’s many and varied members. Merrily Harpur is a British researcher who has carefully and deeply studied the history of the Taigheirm. She says that key to the success of the members is “an infernal magical sacrifice of cats in rites dedicated to the subterranean gods of pagan times, from whom particular gifts and benefits were solicited. They were called in the Highlands and the Western Isles of Scotland, the black-cat spirits.

”The process of sacrifice was, and still is, gruesome in the extreme. Isolated and lonely places high in the mountains of Scotland are chosen, chiefly to ensure privacy. Secrecy is paramount. Members arrive, in black cloaks and pointed hats, at the chosen spot in the dead of night, determined at all times to protect their identities and presence from outsiders. Then comes the main event. Huge spits are built, upon which cats are slowly roasted – and while they are still alive – for up to four days and nights, during which the operator of the spit is denied sleep or nourishment, aside from an occasional sip of water. Supposedly, when the ritual is at its height, from the paranormal ether terrifying, huge black cats, with glowing red eyes, appear before the conjurer, demanding to know what it is that he or she wishes to have bestowed on them: money, influence, or something else. In return, and in a fashion befitting the likes of Faust, on his or her death the conjurer agrees to turn over their soul to those ancient, mighty gods worshipped by the Taigheirm.

Without doubt, the one person, more than any other, who was conversant with the terrible rituals of the Taigheirm was J.Y.W. Lloyd, who penned an acclaimed 1881 book: The History of the Prince, the Lord’s Marcher, and the Ancient Nobility of Powys Fadog and the Ancient Lords of Arwystli, Cedewen, and Meirionydd. Lloyd became fascinated by the Taigheirm after reading Horst’s Deuteroscopy, which was the first published work to expose the actions of this heartless group. Lloyd recorded that: “The midnight hour, between Friday and Saturday, was the authentic time for these horrible practices and invocations.” Horst, himself, presented a terrible image: “After the cats were dedicated to all the devils, and put into a magico-sympathetic condition, by the shameful things done to them, and the agony occasioned to them, one of them was at once put alive upon the spit, and amid terrific howlings, roasted before a slow fire. The moment that the howls of one tortured cat ceased in death, another was put upon the spit, for a minute of interval must not take place if they would control hell; and this continued for the four entire days and nights. If the exorcist could hold it out still longer, and even till his physical powers were absolutely exhausted, he must do so.” 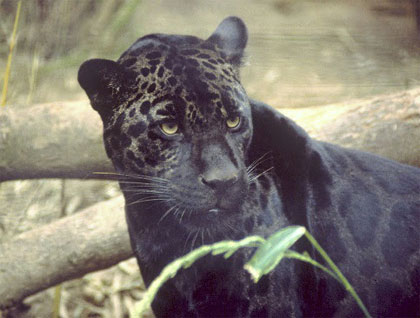 Note: This photo was taken by an employee of the U.S. Fish and Wildlife Service.

As the USFWS is an arm of the U.S. government, the photo is in the public domain.

It was after that four day period, said Horst, that, “infernal spirits appeared in the shape of black cats. There came continually more and more of these cats; and their howlings, mingled with those roasting on the spit, were terrific. Finally, appeared a cat of a monstrous size, with dreadful menaces. When the Taigheirm was complete, the sacrificer [sic] demanded of the spirits the reward of his offering, which consisted of various things; as riches, children, food, and clothing. The gift of second sight, which they had not had before, was, however, the usual recompense; and they retained it to the day of their death.”

As the 19th century reached its end, Lloyd came to believe that while the legend and cruel and cold reputation of the Taigheirm still existed, the group, as a fully functioning entity, no longer did. He recorded that one of the very last Taigheirm rituals was held on the Scottish island of Mull, in the early 1800s. Lloyd added that the folk of Mull “still show the place where Allan Maclean, at that time the incantor, and sacrificial priest, stood with his assistant, Lachlain Maclean, both men of a determined and unbending character.” Theirs was reportedly a frightening ritual held on a cold, winter’s night and under a full moon. Lloyd noted: “Allan Maclean continued his sacrifice to the fourth day, when he was exhausted both in body and mind, and sunk in a swoon; but, from this day he received the second-sight to the time of his death, as also did his assistant. In the people, the belief was unshaken, that the second-sight was the natural consequence of celebrating the Taigheirm.”

There is, however, intriguing data strongly suggesting that the Taigheirm are still with us, lurking in the shadows and still extending their power and influence. In 1922, Carl Van Vechten commented on post-19th century Taigheirm activity in a footnote contained in his book, The Tiger in the House. It reads: “The night of the day I first learned of the Taigheirm I dined with some friends who were also entertaining Seumas, Chief of Clann Fhearghuis of Stra-chur. He informed me that to the best of his knowledge the Taigheirm is still celebrated in the Highlands of Scotland.”

Then there is the account of one Donald Johnson, a man born and bred in Scotland, but who, just like his late father, worked as a butler for a powerful and rich family that had its roots in the ancient, English county of Staffordshire. According to Johnson, his father was invited, by his employers, to join an English offshoot of the Taigheirm in the winter of 1982 – providing that he was willing to leave his old life and friends behind him, and fully embrace the Taigheirm and its horrific teachings. Johnson Sr. was ready to do so, until, that is, he witnessed one of those monstrous sacrifices deep in the heart of England’s Cannock Chase woods, and on the proverbial dark and stormy night, no less. Johnson Sr.’s decision to walk away – quickly – was not at all appreciated by the Taigheirm, who reportedly made explicit threats about what might happen to him if he ever dared to go public with what he knew and had seen.

Such was his fear, he stayed completely and utterly silent on the matter until he told his son, Donald, in 2010 – the latter going public with the story in December of that year, out of fear for his own safety. The society of the Taigheirm, it seems, is still as much up to its terrible tricks as it was centuries ago. Indeed, power, influence, and wealth are hard to give up or deny – even if one has to enter into Faustian pacts with ancient earth gods and supernatural black cats to achieve them.

Monsters of the Mountains: Wild-Men and Hairy Creatures