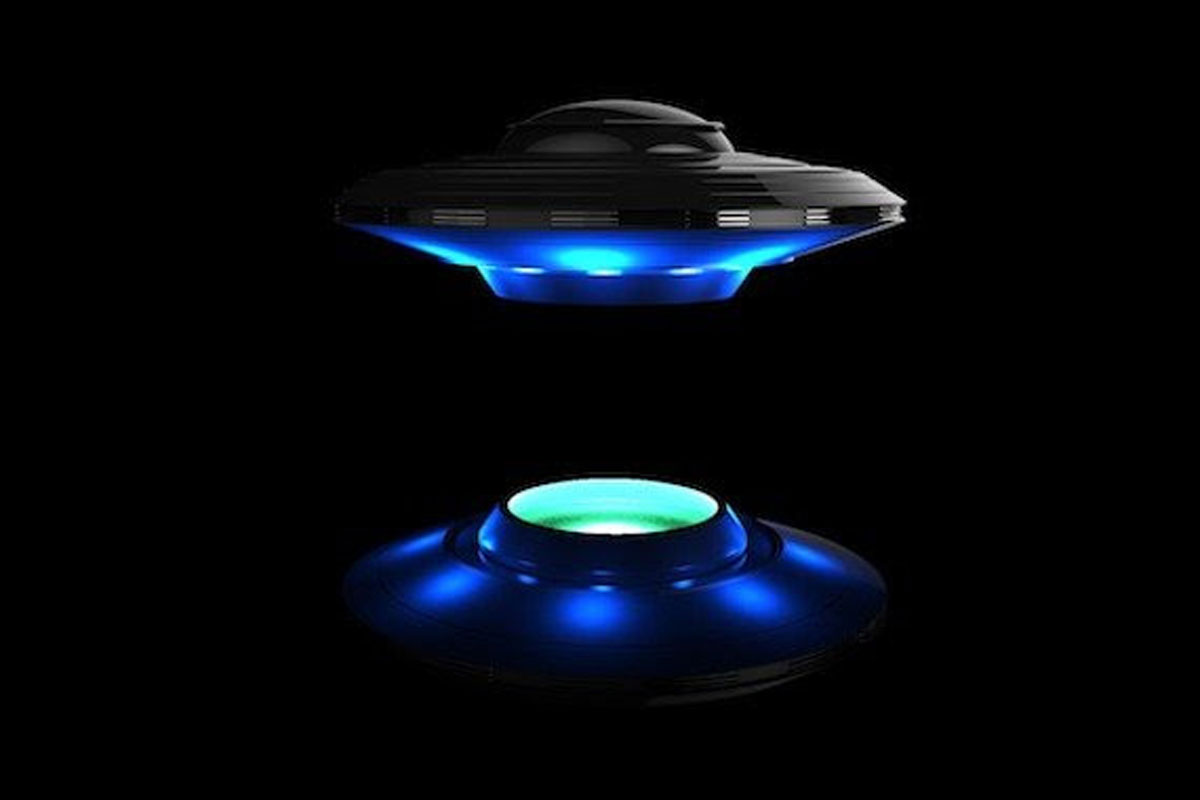 A Rogue Ufologist and a Bonkers Assassination Plot

The UFO field perhaps understandably attracts its share of eccentrics, but few are quite as colorful and as strange as the man called John Ford. A retired bailiff and former chairman of the Long Island UFO Network, which he started in 1988, his 400-strong group was known for their various investigations into UFO sightings throughout the region of Long Island, New York, and beyond, as well as reports of cattle mutilations and alien abductions. As might be seen to be befitting of such a man, Ford was well-known for his various eccentricities. A military buff and avid gun collector with a collection of over 35 licensed handguns and rifles, he was never far from his service revolver, and he was said to run his UFO group almost like some sort of military outfit, with guns, bulletproof vests, gas masks, walkie talkies, the whole nine yards. Over the years, he would become increasingly obsessed with the idea that he was being followed and harassed by shadowy government forces, and he was also convinced that the Brookhaven National Laboratory, in Upton, Long Island, was the center of a vast cover-up and conspiracy involving crashed UFOs and alien bodies, and he constantly harassed them with phone calls and accusations, refusing to be appeased even when they offered him a tour of the place. However, as much of a loose cannon as he may have seemed, there was one event in particular that was about to send his life hurtling down a dark road involving UFOs, nefarious conspiracies, and attempted murder.

At first it was widely believed that, despite all of his weapons and far-out rantings and ramblings about conspiracies, Ford was mostly just a harmless weirdo. Then, in 1989 this would begin to change. It was in this year that Ford and his group carried out an investigation into a supposed UFO crash at Moriches Bay after several weeks of persistent UFO sightings in the area. Ford would come to the conclusion that military helicopters had engaged and shot the UFO down, and that 17 alien crew had been killed in the incident. He became obsessed with the idea that the government was covering it all up, which was only made worse with an incident that happened in November of 1992. In this year, there was supposedly another UFO crash at South Haven Park, which had apparently caused a raging fire in the process and for which Ford was able to track down videotaped footage of the alleged burning wreckage of the craft, as well as an alleged alien body being carried away, all of which had apparently been taken by a firefighter at the scene. Ford would call the incident “possibly one of the greatest events in the history of man,” and he would only further unravel from there. 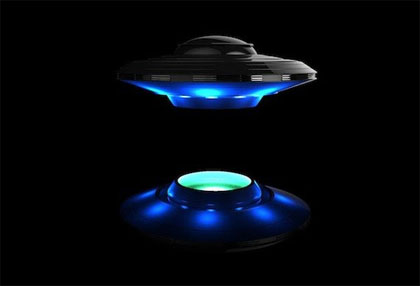 Ford went out of his way to show off the tape of the footage, traveling around to numerous UFO conferences and seminars, even as researchers in the field voiced their skepticism over it due to the generally blurry and shoddy quality of the footage. However, there were those willing to buy it, and one researcher named Preston Nichols would even bump it up on the bizarre-o-meter when he claimed he thought he could see a younger time-traveling doppelgänger of himself in the footage. Wait, what? In the meantime, Ford was further devolving into a morass of ever escalating paranoia and hostility, boarding up his home, stocking up on even more guns, making his home into a fortress. He claimed that his phone and house were bugged, and that his car was rigged with explosive devices. In 1995, he vocally accused the government of using “particle beam weaponry” to cause a series of forest fires, and by this time he was constantly armed in order to protect himself from the shadowy forces he was sure were out to get him. None of this was helped by the fact that his mother, who he lived with, died of cancer that same year.

Ford began hanging out with a small time crook named Joseph Mazzuchelli, who Ford believed had connections with the mafia who could fund his UFO organization and protect him, and he picked up another associate in the form of Ed Zabo, a U.S. government inspector stationed at defense contractor Northrop Grumman. At around this time, Ford began getting proactive about lashing out against his perceived enemies, and with Zabo and Mazzuchelli’s help in 1997 hatched a bonkers plan to secure radium in order to assassinate three local officials in Suffolk County, who he had become convinced were key to the cover-up of various UFO phenomena in the Long Island area. The ones he targeted for his plan were John Powell, the chairman of the Suffolk County Republican Committee; Fred Towle, a Suffolk legislator; and Gazzola, the head of the Conservative Party in Brookhaven. In order to pick them off, his plan was to secure radium and then use this radioactive material to poison their their toothpaste, food and their cars, even their morning coffee, a plan he envisioned would poison them slowly and cause them to wither away and die of cancer without raising suspicion. Ford was actually able to collect the radioactive materials he needed with the help of Zabo and his connections, but his plan would be thrown into peril.

One of the associates Ford recruited in his crusade against the perceived cover-up was a man named Kevin Koch, who ended up turning into a snitch with regards to Mazzuchelli’s illegal gun running activities. It was during one of these unrelated investigations of illegal gun trades that authorities heard about the plan to poison these officials, and secretly taped a meeting at Ford’s house on June 11, 1996, during which they discussed how they were going to make their victims “glow in the dark.” When police arrived on the scene, they found several canisters of radioactive materials encased in lead in the back of a pickup truck. Luckily, none of it had leaked. The men were arrested and charged with conspiracy to commit murder, criminal solicitation, illegal possession of radioactive materials and reckless endangerment, and it would turn out that Ford had a long history of threatening politicians who the felt were engaged in UFO cover-ups, and had had many complaints filed against him. It was also found that he wanted to burn down the Suffolk Republican headquarters and promote Conservative Party politicians. The intended victims thought it had to be some sort of joke, but it was all very real indeed. 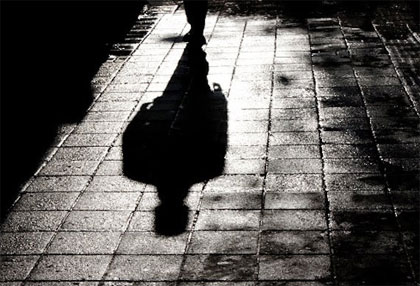 The case went to trial, and there were many behind Ford painting it all as a set-up, that he had been framed and that he was in fact innocent. Meanwhile, investigators were scratching their heads over the insane plan. When the materials that were to be used in the “assassination” were examined, they were found to be woefully inadequate for doing much damage, with estimates being that to ingest them would have taken decades for any potential appreciable effects to set in. For his part, Ford was fighting the charges with a plea of insanity, be declared unfit to stand trial, and Suffolk County prosecutor, James Catterson, would say:

This all convinces me that there is a side to humanity that defies definition. While we may think of them as kooks and far-outs, the point is that they lead daily lives and are able to get along. But within them they harbor thoughts which seldom, but do, surface. So we must be on guard.

Both Zabo and Mazzuchelli would plead guilty to lesser charges and be sentenced to 3 to 9 years for conspiracy, while Ford continued to rant and spout strange cryptic nonsense. He would even write a 102 page rambling manifesto, which gets very weird when he writes of himself and co-conspirators:

He has been a CIA agent since the age of 19, leading a life hidden from family and co-workers. He was not paid, so there is no record of him. Joseph Mazzuchelli was an officer of the Mossad, the Israeli intelligence agency. Ford was recruited to observe Soviet KGB agents in Queens, who tried to assassinate him five times. He personally stopped a KGB penetration of the Reagan for President Committee. The AIDS and Ebola viruses were created by aliens to eliminate the population of sub-Saharan Africa. President Nixon, Jackie Gleason, Sen. Alfonse D’Amato and New York Gov. George Pataki, among others, have all seen UFO evidence. The court says I am not competent based upon these statements. Are they ravings of a madman or the writings of a perfect and master spy? I’ll bring home the bacon for everyone. Then we’ll rebuild LIUFON and destroy the coverup.

From was eventually committed to the Mid Hudson Psychiatric Center, and would rant about how the criminal case against him was “an intelligence operation being run by the CIA, together with the Israeli intelligence agency, Mossad.” Whoa Boy. What are we to make of all of this? What was the deal with this guy? Was there anything at all to any of this, or is this just the delusional rantings of a lunatic? Whatever the case may be, it remains a deeply odd series events that truly illustrates just how weird the UFO field can get.

They Met the Men in Black, Part Two: The Strange Story of Dr. Herbert Hopkins

The Strange Trial of the Carrick Witch