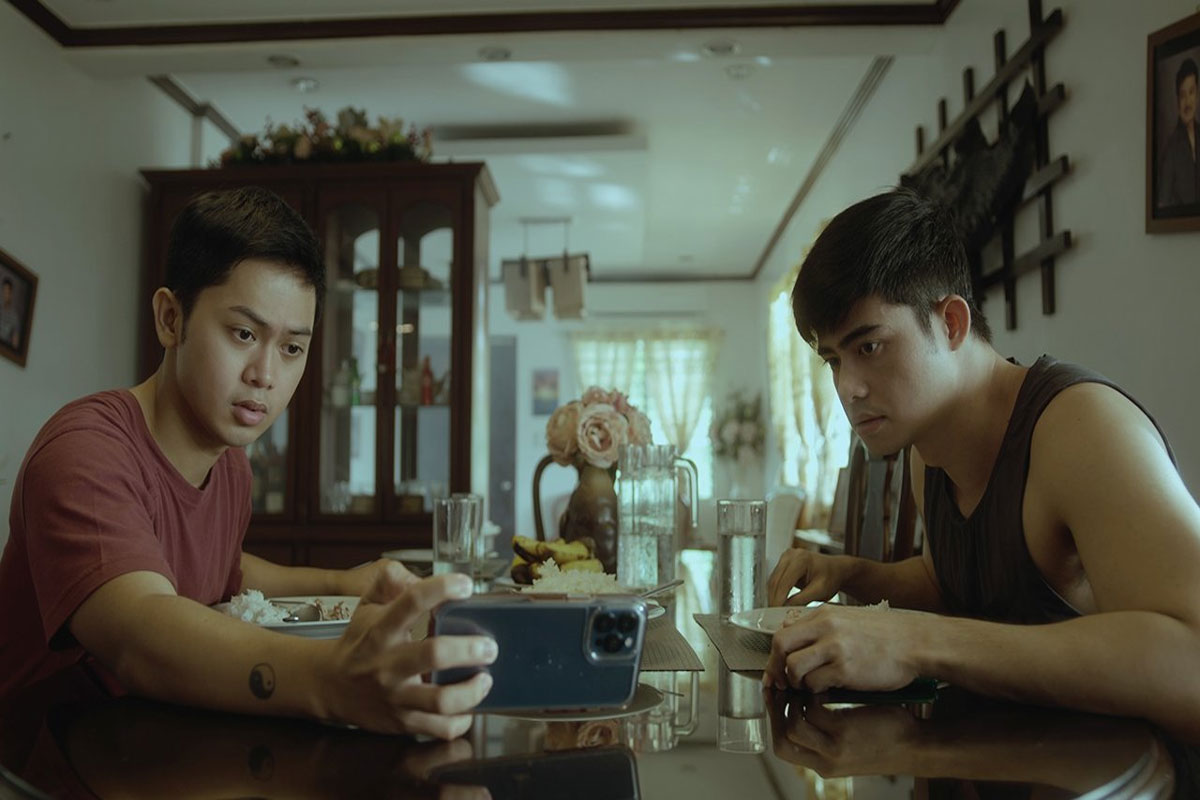 VIVAMAX is now streaming the Boys Love series, “Love at the End of the World”, which was already shown in the Asian gay channel, Gaga-oolala. Directed by Shandii Bacolod, this erotic-suspense drama series with 9 episodes follows the stories of four couples after NASA confirms that an asteroid is hitting our planet Earth in 7 days.

The four stories are:

1. Melancholia – with Kristof Garcia as Ben, Rex Lantano as Sam and Mike Liwag as the mysterious George.

2. The Loneliest Man on Earth – with Markki Stroem as Mark, Khalid Ruiz as his lover Kaloy and the third wheel in their relationship, Arian Labios as Rener, a father figure to Mark.

3. We Need to Talk About Tony – with American actor Nico Locco as Tony who comes to Manila to kill himself where he mets Gold Azeron who changes his life.

4. Happy Together – with Yam Mercado as Cris and Elijah Filamor as Renzo. Drug addicts who become close as soul mates in a rehab center.

Markki Stroem may be considered the most experienced among the actors in the series. “I play a very good role as Mark, a probinsyano who becomes the caregiver of a gay blind old man, Rener,” he says. “To prepare for my role, I had to lose weight, nagpa-itim ako, and had to sport a Visayan accent. I had to get a language coach to help with my accent so I can deliver my lines right. May kasama ako in taking care of Rener, si Kaloy played by Khalid Ruiz and he’s also my lover.”

Kristof Garcia of “Melancholia” is one of the newbies in the show. He was discovered when he joined “Bidaman” search on “Showtime”. He agreed to do the gay role in “Melancholia” because he finds his role very challenging.

The foreigner in the cast is Nico Locco, who plays Tony Smith, an American tourist with lots of emotional problems that he wants to commit “the perfect suicide”.

“In Manila, he meets a young boy, Gold Azeron as Ian, and they fall in love, giving Tony a new reason to live just as the world is about to end,” says Nico, who says he didn’t hesitate to accept his role that requires him to do a lot of nude scenes.

Meet the sexpots of ‘Virgin Forest’: Katrina, Rob and Mikaela