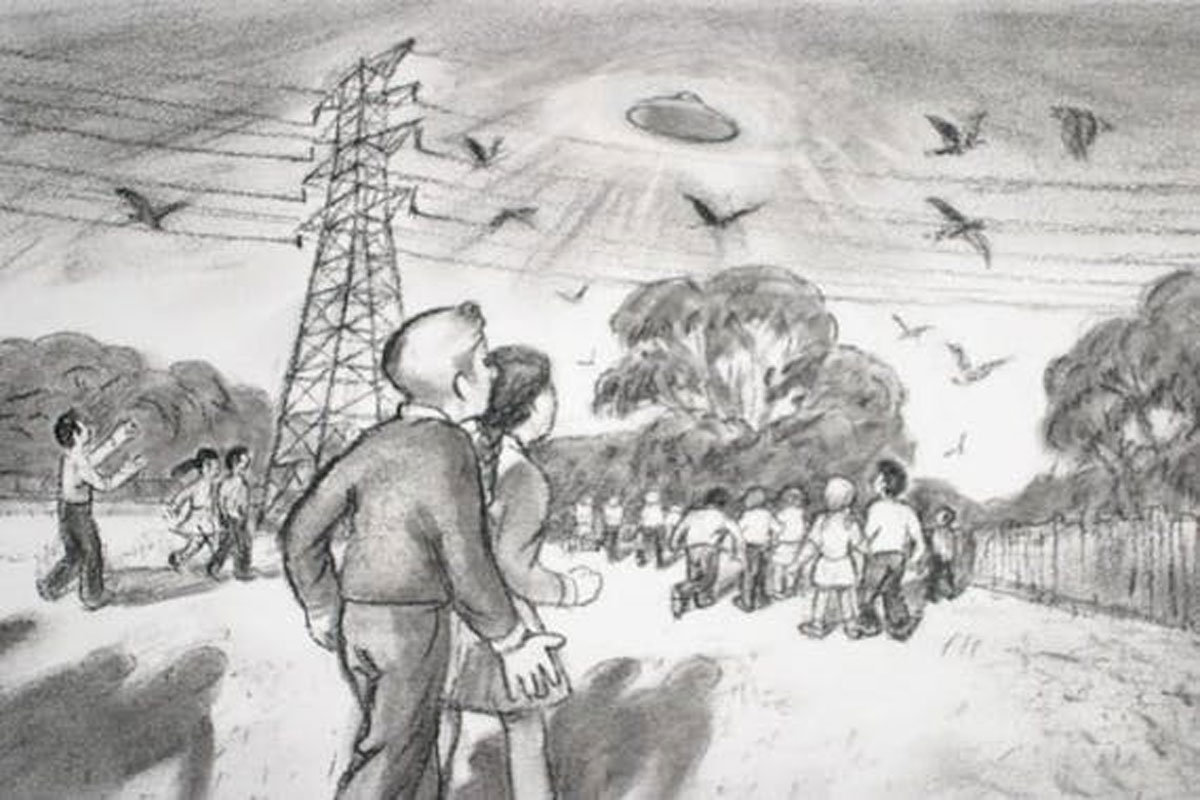 A Mass UFO Sighting at an Australian High School

The year was 1966, and the children of Westall High School, in Melbourne, Australia, were going about their daily business and out playing in the school yard. There was nothing at all that marked this as anything other than an ordinary day, until something very strange appeared in the sky above them. Coming in from the distance was a greyish saucer-shaped craft with a slight purple hue, also described as “a round humped object with a flat base,” which then came in low over the high school’s south-west corner to disappear behind a nearby stand of trees, beyond which was a paddock and an overgrown field and wilderness area called the Grange. After a few moments it then popped up over the trees again and moved off into the distance, with some witnesses later claiming that it was then pursued by what appeared to be several military aircraft, and the entire bizarre scene played out in front of over 300 students and teachers. This would go on to become one of the most intriguing mass UFO reports in Australian history, and still has many questions surrounding it.

Oddly, at the time not much was reported on the incident, despite the sheer number of witnesses. It was mentioned in only a few brief articles in The Dandenong Journal and The Age, which wrote it off as a weather balloon and that was that. There were UFO researchers and journalists who tried to get more information, but strangely most of the witnesses were uncooperative and reluctant to talk about it, some outright refusing to meet with interviewers, and it turned out that all of the teachers and students had been told not to speak of the incident to anyone. On top of this, school authorities apparently did their best to deny access to the witnesses in the first place, and it seemed as if there was a drive to sort of brush it all under the carpet. However, over the years more and more of the people who saw that strange sight began to open up about it. 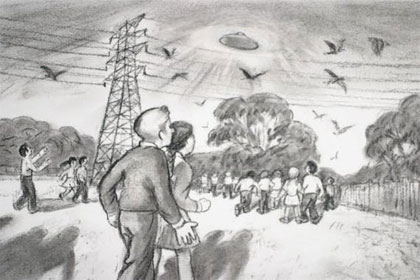 As more witnesses came forward, a clearer picture began to emerge about what happened. It would be discovered that some witnesses had actually seen more than one of the objects, and that it seemed as if the military craft had been chasing any trying to engage them. Although there could be found no records of any aircraft scheduled to be in the area, either commercial or military. It was also found that the UFO had left a mark in the ground, which appeared as a circle of yellowed grass with a “swirly pattern,” and that some witnesses had seen official looking men in blue uniforms inspecting this mark. One of the most interesting pieces of the puzzle uncovered was during an interview with one of the witnesses at the time, a science teacher from the Westall school by the name of Andrew Greenwood. In a recorded interview with UFO researcher Dr. James E. McDonald, Greenwood would divulge a good amount of information on what was seen that day. McDonald would describe what Greenwood had told him:

Greenwood told me the UFO was first brought to his attention by a hysterical child who ran into his classroom and told him there’s a flying saucer outside,” McDonald says on the recording. He thought this child had become deranged or something so he didn’t take any notice, but when the child insisted that this object was in the sky he decided to go out and have a look for himself.

He called it the most amazing flying he had ever seen in his life. The planes were doing everything possible to approach the object and he said how they all avoided a collision he will never know. Every time they got too close to the object it would slowly accelerate, then rapidly accelerate and then move away from them and stop. Then they would take off after it again and the same thing would happen.

Greenwood would explain that the whole spectacle had lasted around 20 minutes, and that shortly after the headmaster had warned the faculty and students not to talk about what they had seen with anyone, even going so far as to threaten to fire or expel anyone who did. Some even spoke of some sort of military-looking figures lurking about. According to him, this was enough to get many of the witnesses to shut up about it all, and is one of the main reasons the whole story just sort of fell off the media’s radar, only really being unearthed until years later. Yet, even now decades later the witnesses have stuck to their stories and insist on what they saw, leaving us to try and figure out what it could have been. 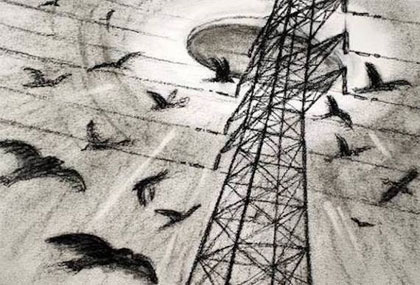 One idea is that it was just as the original articles stated, merely a weather balloon or perhaps a high altitude balloon used to test for radiation in the atmosphere, with one of these apparently in the area at around the time of the incident. One notion is that it was a sort of practice target used by the military called a “drogue,” which would have been a nylon, tube shaped object towed by one plane for other aircraft to chase and engage. This certainly seems plausible, but a major detail of the report is that the main craft descended to land in that field before taking off again, and furthermore there are no records of any sort of military aerial activities in the area at the time. There is also the theory that this might have been some sort of experimental aircraft, but the mystery has never really been solved, despite several documentaries delving into it, such as the 2010 Westall ‘66: A Suburban UFO Mystery.

To this day one can still see an information board at the school commemorating the event, although it seems to be just as obscure a case as ever. What did these people see that day and why exactly were they so reluctant to talk about it? Did the military have some hand in trying to cover this up? There are not many answers, and it remains a very curious mass UFO sighting that has been sort of mostly forgotten.

The “Champ” of All Lake Monsters Ever? Could Be!