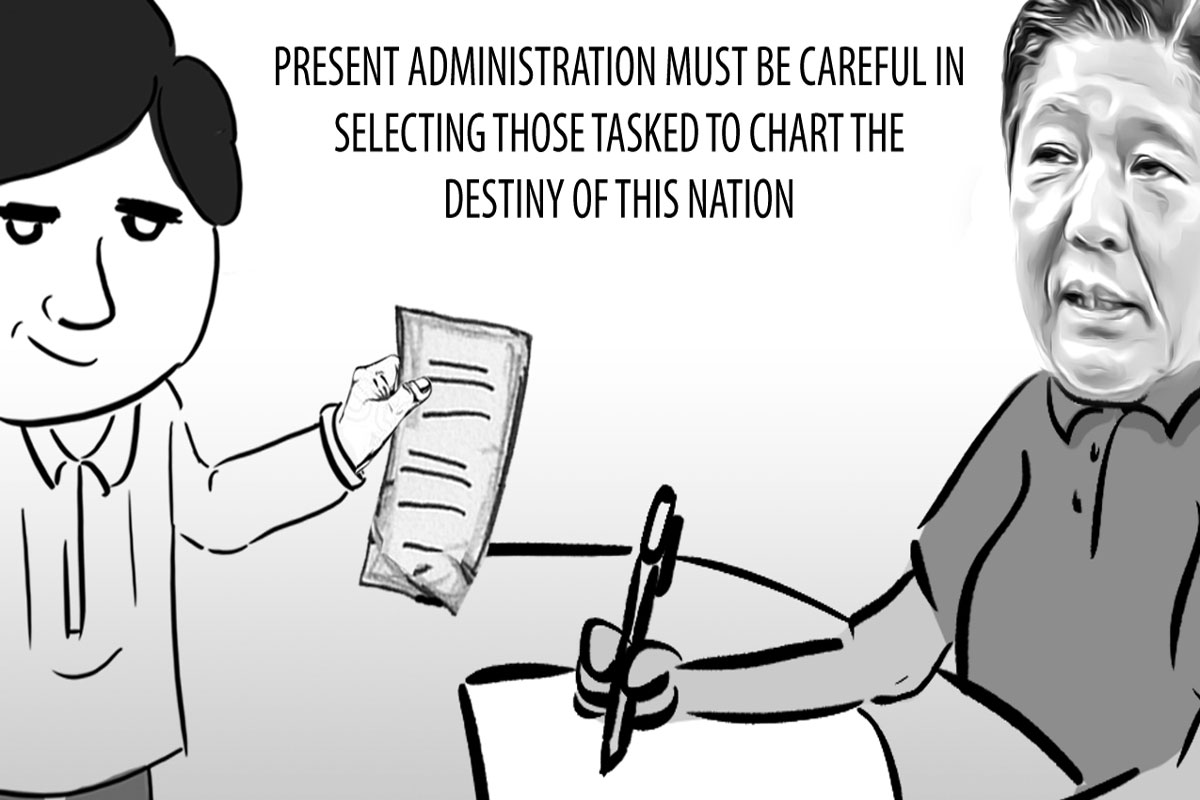 PRESIDENT Ferdinand “Bongbong” R. Marcos Jr. is doing “a great job” in ensuring the success of his six-year presidency, which is set to end at 12 noon on June 30, 2028.

Various quarters are one in saying that President Marcos’ appointees to key departments, offices and agencies are highly-qualified, deserving and dedicated men and women.

The public believes that the 64-year-old Chief Executive from Ilocos Norte “is here to give the most competent and most qualified Filipinos the chance to serve the Filipino people.”

Of course, we share the view of many people, including local government officials, that there’s really a need to be careful in selecting those tasked to chart the destiny of this nation.

But what’s certainly saddening and lamentable is when the public fails or refuses to support President Marcos’ all-out campaign against foolishness in government offices.

If we want the administration to realize its dreams, then let’s all lend our helping hands to BBM, the only son and namesake of the late President Ferdinand E. Marcos.

In fact, Filipinos are in for more problems if we allow unscrupulous national and local government officials and employees to continue making a mockery of our laws.

Let’s then help crusading President Marcos in his efforts to make this impoverished Southeast Asian nation of more than 110 million people “great again.”