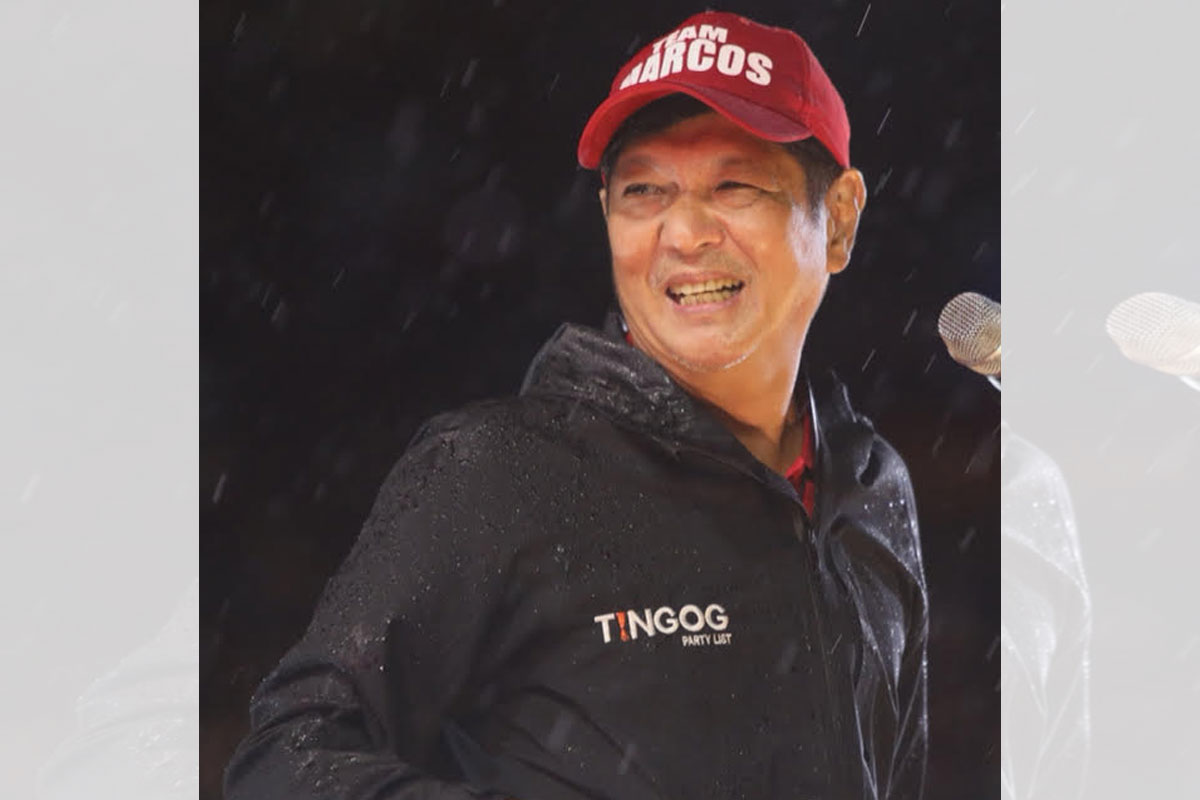 At least 90% or 73 out of the 81 governors in the country are now fully supporting the candidacy of presidential frontrunner Ferdinand ‘Bongbong’ Marcos Jr. (BBM), even as they vowed to give him a landslide victory in the fast-approaching May 9 national polls. Photo by Ver Noveno
Metro,

AT least 90% or 73 of the 81 governors in the country are now fully supporting the candidacy of presidential frontrunner Ferdinand “Bongbong” Marcos Jr. (BBM), even as they vowed to give him a landslide victory in the fast-approaching May 9 national polls.

This developed as 16 governors trooped to the BBM headquarters in Mandaluyong on Sunday night to reiterate their support for his presidential bid.

It was the second round of meetings between Marcos and the local chief executives for the consolidation of command votes in their respective provinces.

He was referring to the statement of Narvacan, Ilocos Sur Mayor and League of Municipalities of the Philippines President Luis Chavit Singson, who said that 90% of the governors are now fully supporting the BBM-Sara UniTeam.

“I don’t see any unprecedented event that can hamper the victory of Bongbong,” Suarez added.

Singson also appealed to the governors to work doubly hard to ensure that Marcos would be the first “majority president” since the multi-party system was implemented in the country.

The governors said that Singson’s appeal is “very possible” based on the results of all the respectable surveys where Marcos garnered more than 50% of the voters’ preference.

For his part, Isabela Gov. Rodito Albano said that there is “no need” for UniTeam to campaign in their province.

Batangas Gov. Hermilando Mandanas echoed the governor’s sentiments, saying he will push for the protection of Marcos’ votes in his province.

Bohol Gov. Arthur Yap, on the other hand, also assured that the majority of Boholanos will vote for Marcos.

Apart from concerns and priority programs in their respective provinces, Marcos said the informal but intimate meeting with the local chief executives that coincided with the second Comelec-sponsored presidential debate also tackled vote protection for the upcoming May 9 elections.