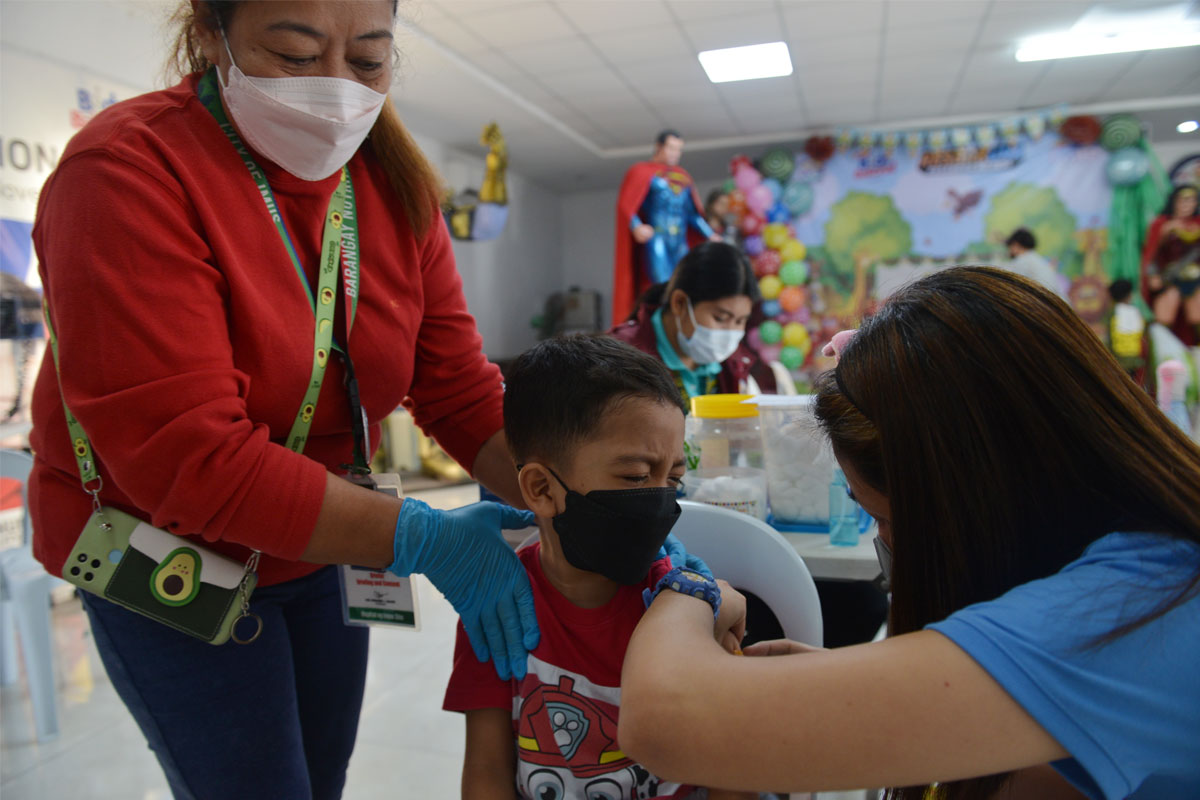 TRECE MARTIRES CITY, Cavite – Cavite province has recorded around 45,768 residents belonging to A1, A2, A3, A4, A5, rest of the adult population (ROAP), and the rest of the pediatric population (ROPP) were inoculated in a 3-day National Vaccination Days (NVD) Part 4, last March 10-12, 2022.

7 cities and 16 towns logged vaccinated residents from Bacoor City with 7,444 inoculated, Dasmariñas City with 6,829, and General Trias City tallied 6,221 based on the data released by the Health Education and Promotion Unit – Department of Health (DOH) Center for Health Development CHD-Calabarzon.

While the upland towns of Ternate, Alfonso, and Bailen registered the lowest vax rate with 91,212 and 240 individuals respectively.

While vaccination continues in every city and municipality where the vaccination team has been lowered to the barangay level to better reach the residents in their respective households.

In General Trias City (GenTri), the local health unit temporarily closed the General Trias Convention Center vaccination hub in Bgy. Sampalukan to focus on mobile vaccination in villages and public schools in pursuant to the order of DOH to intensify the vax program in each locality.