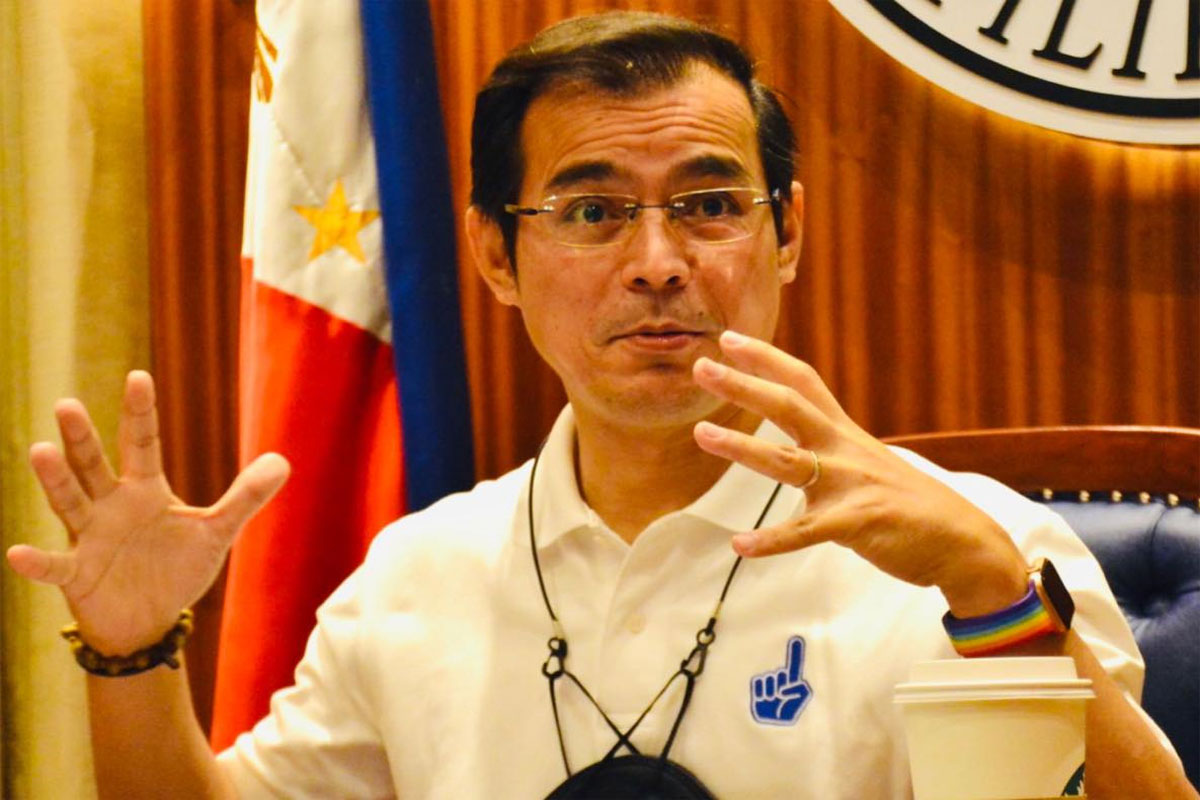 HARDCORE Boholano supporters of Manila Mayor Isko Moreno Domagoso came out in force Wednesday evening to show their support to the Aksyon Demokratiko standard-bearer during a grand concert rally at the Old Tagbilaran City Airport.

The crowd, which was estimated to reach more than 40,000 at its peak and composed mostly of youth supporters and ordinary people, packed the venue despite the absence of famous local artists and personalities just to hear the young and charismatic Moreno, who is from their own ranks.

The 47-year-old presidential aspirant acknowledged the resilience of Boholanons who, like him, triumphed through all the hardships that fate had thrown their way.

The Aksyon Demokratiko presidential bet said it is in this light that he continues to fight for the presidency to fight for a better future for ordinary Filipino families and the youth.

Moreno urged the people anew, especially the youth, not to be blindsided by the fight for power among the two “warring” political factions who have lorded over the country for several decades only to leave the ordinary mortals on the losing end.

Moreno pointed out that the real fight is against poverty, hunger, inequality, and social injustice the same issues that he vowed to focus on and act upon quickly if given the chance.

Moreno added that people should not believe critics who say that he is still young to become a president, pointing to the late President Ramon Magsaysay who was just 46 years old when he became president and guided the country to its “real golden era.”

If elected president, Moreno has vowed to pursue a “Life and Livelihood” economic policy that aims to address poverty, hunger, unemployment, inequality, and social injustice through the effective, efficient and prudent management of government resources under an open, transparent and inclusive administration, as spelled out under his 10-point “Bilis Kilos Economic Agenda”.

Besides providing the minimum basic needs of the people quality housing, education, and health care, and creating jobs and livelihood opportunities – Moreno also vowed an accelerated infrastructure program that will be focused on areas or provinces with low human development index (HDI), particularly in Mindanao and the Visayas, to bring about a more inclusive economic growth.

But these will not all come to fruition if any one of the warring political groups will have their way in the upcoming elections, he said.

Boholanons have a soft heart Moreno as the Manila Mayor was the first government official outside Bohol who came to their aid when the province was hit by Super Typhoon “Odette” last December 6 leaving severely damaged homes, buildings, establishments, and government facilities and infrastructure, as well as communication facilities and power lines, all over the province.

As soon as the airport was cleared of debris, Mayor Isko flew to Bohol on December 20 to personally hand over an initial P1 million in financial assistance, four generator sets, and food boxes for typhoon victims on the island province.

His wife Dynee followed soon after, making several trips to the province to bring additional assistance donated by the people of Manila to several affected towns.

Moreno’s kindness and a true heart for people in need were not lost to Bohol Governor Arthur Yap who warmly welcomed the future “president” upon arriving in Tagbilaran City earlier in the morning.

Team Isko also engaged Boholanons in several town hall meetings along the way where thousands of “real supporters” packed the venues to show their gratitude and full support for the young and charismatic presidential candidate.

Sara to work for rehab of COTS in Batangas