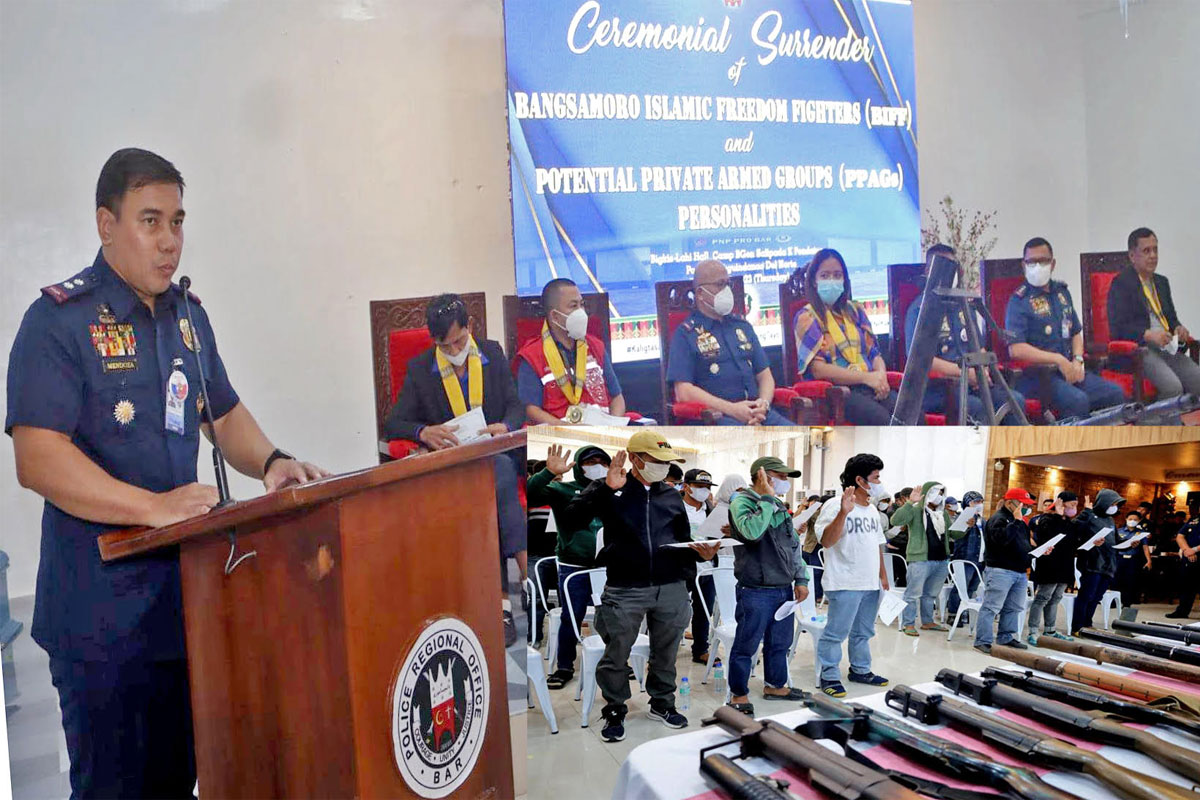 The 30 BIFF members under Karialan and Bungos Factions were all operating in SPMS Box in Maguindanao province, including neighboring municipalities in Sultan Kudarat and North Cotabato, together with the two members of a DI-Listed PPAG operating in Bgy. Kudal, Pagalungan, Maguindanao.

The series of negotiations undertaken by PRO BAR with the Andoy Group has resulted in the voluntary surrender of two of its members after expressing their desire to clear their names and to give themselves a chance to live a “peaceful life.”

Further, the continued struggle and pressure felt by the BIFF members, with discontentment with their former group coupled with the realization of being utilized by their commanders for personal gains, have expressed their intentions to surrender to the folds of the law and are now being ushered by the PRO BAR troops in their reintegration, and return to their families and be a productive part of society.

He also lauded the collaborative efforts of the operating troops led by P/Lt. Col. Antonietto Eric Mendoza, the chief of the Regional Intelligence Division, and RIU 15 chief P/Lt. Col. Romulo Flores for the success of this operation and contribution to the efforts towards lasting peace in the Bangsamoro Region.