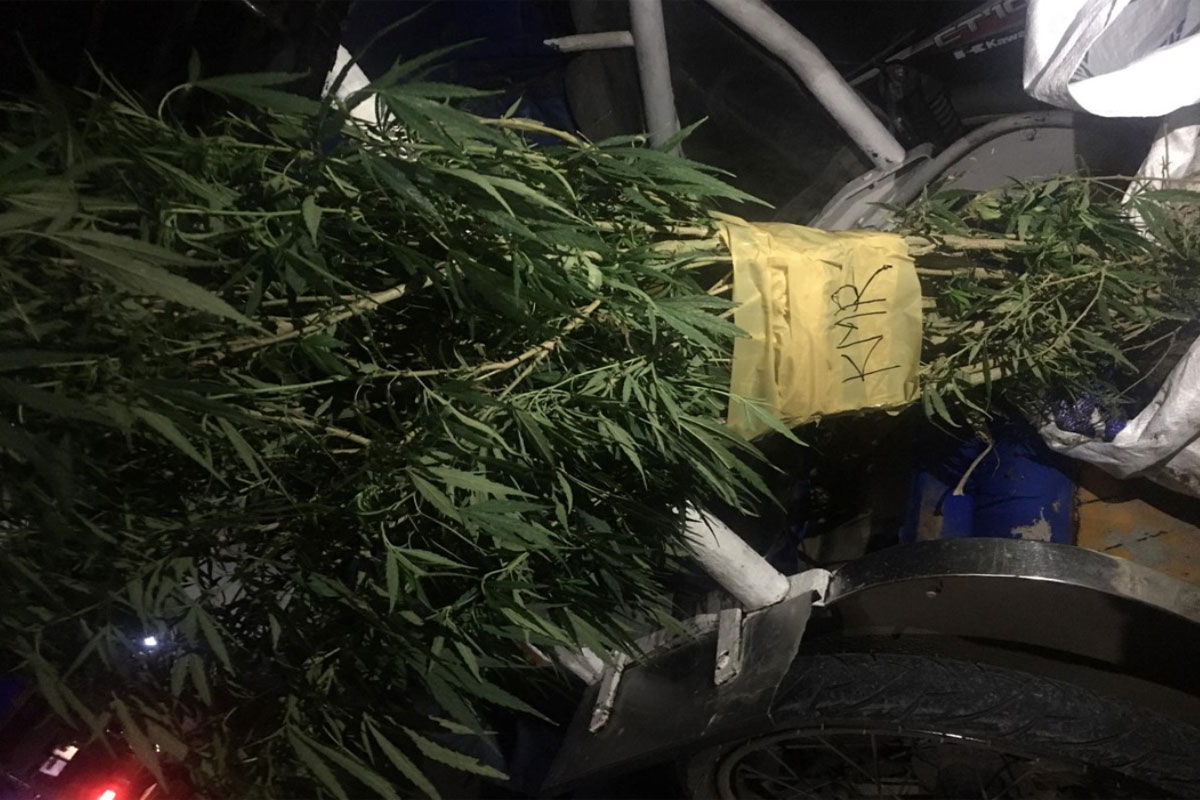 Photo shows the marijuana seized in a drug bust in Gapan City on Monday which led to the arrest of three suspected drug traders. Photo by STEVE A. GOSUICO
Provincial,

The three suspects were busted during a drug sting in Bgy. Bayanihan at 9:30 p.m. Monday.

Purchased from the suspects was a fully-grown marijuana plant 5’7” high that was placed inside a white sack.

During the buy-bust, Desamito said the suspects were also found in possession of eight plastic sachets containing marijuana with a total weight of 43.5 grams.

All the seized marijuana were valued at P15,220.

Also recovered were the suspects’ black Kawasaki Bajaj tricycle and the buy-bust money worth P1,000 and P9,000 in boodle money.

Desamito said the arrested suspects will be subjected to a drug test examination and inquest proceedings for violation of Republic Act 9165 before the city prosecutors’ office here.