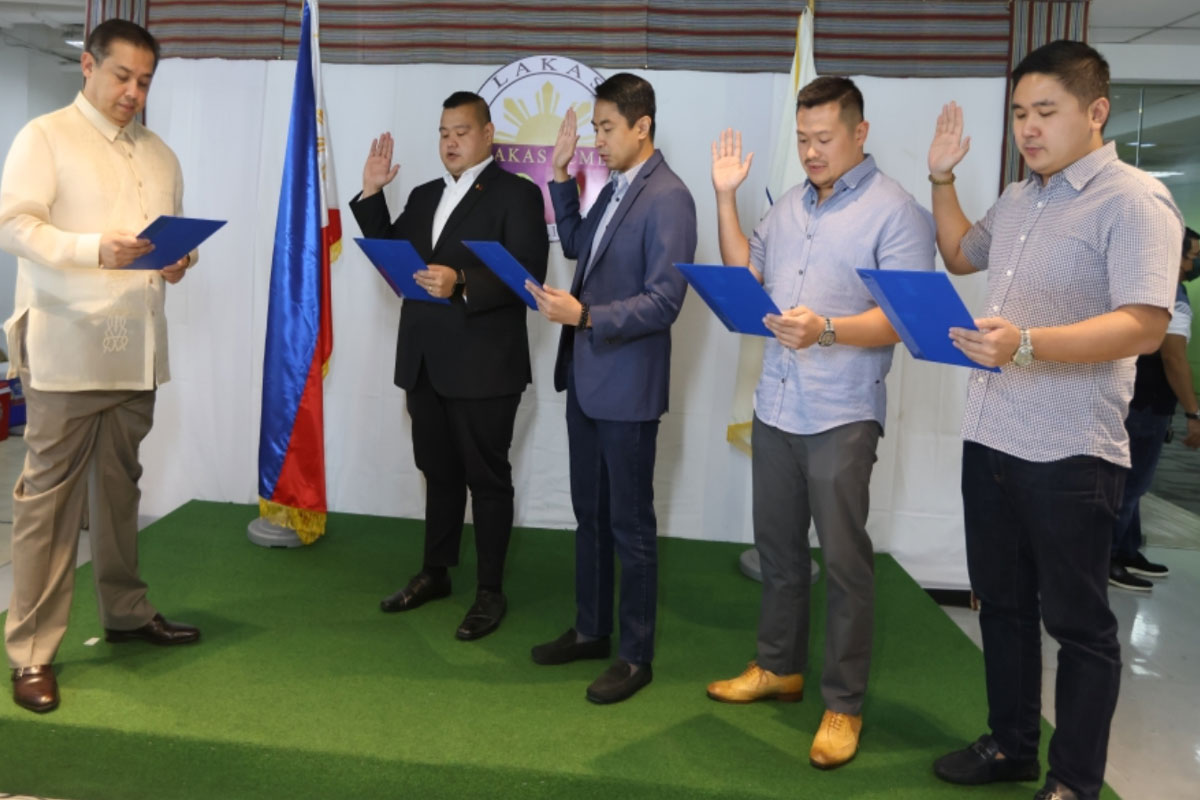 TWENTY-three members of the House of Representatives in the incoming 19th Congress have joined the Lakas-Christian Muslim Democrats (Lakas-CMD), bringing the party’s strength in the Lower House to 50.

“We are elated that our colleagues chose to be with us in Lakas-CMD.

We look forward to having a fruitful engagement with them and sharing the values and advocacies we have followed and pursued as one of the biggest political parties in the country,” said Romualdez, a lawyer from the University of the Philippines (UP) and president of the Philippine Constitution Association (Philconsa).

Romualdez said the decision of lawmakers-elect to join Lakas-CMD would strengthens support in the House for the legislative agenda of the incoming administration of President-elect Ferdinand “Bongbong” Marcos Jr.

He assured the newly inducted members that he and the party’s leadership would serve them well.

Those who physically took their oath before Romualdez were Vargas, Dionisio, Tieng, Asistio, Tan, Inno Dy, Cua, Maniquiz, Yap, Romualdo, Almario, and Tan while other lawmakers signed their oath of membership.

Zamboanga Sibugay Rep. Wilter “Sharky” Palma II, Lakas-CMD’s deputy secretary general, said they expected members of the incoming House to gravitate toward their party since it was at the forefront of the campaign that led to the landslide victory of the UniTeam tandem of Marcos and his running mate Vice President-elect Sara Duterte. Palma noted that the President-elect himself has acknowledged Lakas-CMD’s contribution to the success of the campaign in a thanksgiving dinner he hosted for his campaign staff and supporters last month.

Marcos Jr. said: “Of course how can I talk about this (victory) without talking about ang ginawa ng tulong ng Lakas, at syempre headed ng ating majority floor leader, Congressman Martin, who looks set to be the next Speaker.”

It was also under Lakas-CMD that Duterte filed her candidacy for the second highest ranking office.

The affiliation of the 23 new members brought to 50 the number of House members belonging to Lakas-CMD, which has officially endorsed Romualdez for the speakership of the next Congress.

With nearly all members of the incoming House endorsing him, Romualdez is now almost sure of being elected Speaker on July 25, when the next Congress convenes.