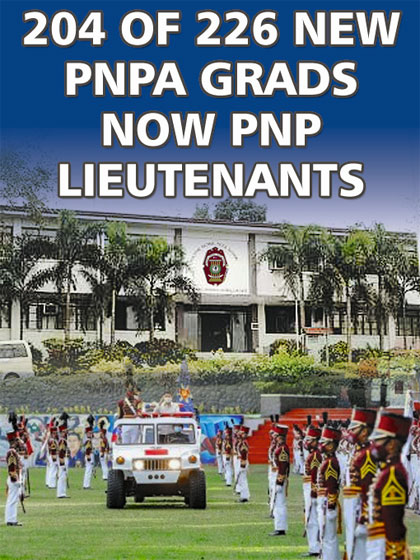 THE Philippine National Police (PNP) headed by General Dionardo B. Carlos welcomes 204 freshly-minted Lieutenants from the PNP Academy who were all urged by President Duterte last week to maintain their professionalism by heeding the calls of duty without acting beyond their legal parameters.

“You must maintain professionalism for you will soon take over its leadership and will be the role models of future Filipino law enforcers,” the Commander-in-Chief told the new PNPA graduates, all considered as future police, jail and fire generals.

He also extolled the PNP for being at the forefront in the government’s fight against illegal drugs, criminality, and terrorism under his leadership.

The President also expressed hope the 226 new PNPA graduates would sustain the “same level of courage, determination and passion” as they join the PNP, the Bureau of Fire and Protection (BFP) and the Bureau of Jail Management and Penology (BJMP).

President Duterte reminded the PNPA graduates to avoid acting beyond their legal parameters since their mandate is to serve and protect the Filipino people.

“Although our war with lawless forces is far from over, I am proud to say that we have made great strides in improving the crime situation in the country. Always be reminded that the core of your profession is and will always be the welfare of our people,” he added.

The 204 are among the 226 members of PNPA ‘Alab-Kalis’ or Alagad ng Batas na Kakalinga sa Sinilangang Bayan’ Class of 2022 who took their oath of office before President Duterte last April 21 at the PNPA headquarters in Camp General Mariano Castañeda in Silang, Cavite.

Gen. Carlos officially introduced the Top 10 members of PNPA Class 2022 who completed the 4-year cadetship program to become commissioned officers in the PNP, BJMP and BFP before newsmen at Camp Crame.

The two others are Cadet Neil Navalta of Diffun, Quirino who will be joining the BFP and Cadette Collyn Mae Panganiban of Antipolo City, Rizal.

Padernilla also received a house-and-lot from the government.

“Your valedictorian, I am talking on behalf [of the government], may house and lot ‘yan,” said President Duterte. The top PNPA Class 2022 graduate also received the Chief,PNP Kampilan Award and got the Best in Forensic Science Award and the Best in Thesis Award.

Members of PNPA Class 2022 to 2025 with outstanding punishments and demerits were also pardoned by the President last week.

PNP spokesperson, Colonel Jean Fajardo explained that some of the cadets incurred orresponding punishments and demerits by committing administrative infractions.

These include being late in formation, having an unshined buckle during inspection, and being caught sleeping in class.

The PNPA is the primary source of commissioned officers of PNP whose alumni now occupy key positions in the command structure of the organization. The Academy provides a 4-year cadetship program consisting of academic and non-academic curriculum.

The PNPA’s supervision has already been transferred from the Philippine Public Safety College to the PNP.

Set to become the highest-ranked PNPA product in the PNP soon is Major Gen. Rhoderick C. Armamento of PNPA Class 1990. Armamento will get his 3rd-star or the rank of Police Lieutenant General with his designation by Gen. Carlos as new Area Police Command-Southern Luzon commander.

The official used to be the PNP Director for Information Communications and Technology Management.

The PNPA is headed by Maj. Gen. Alexander J. Sampaga of PNPA Class 1989. 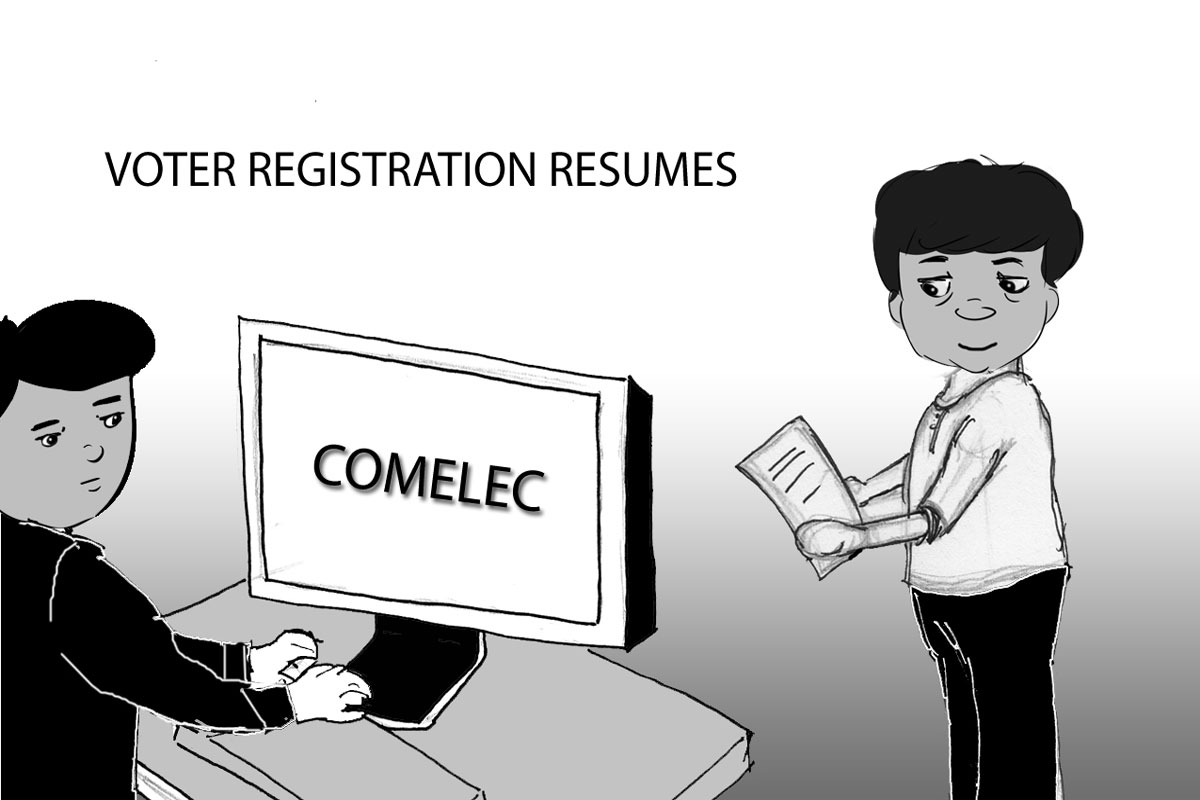