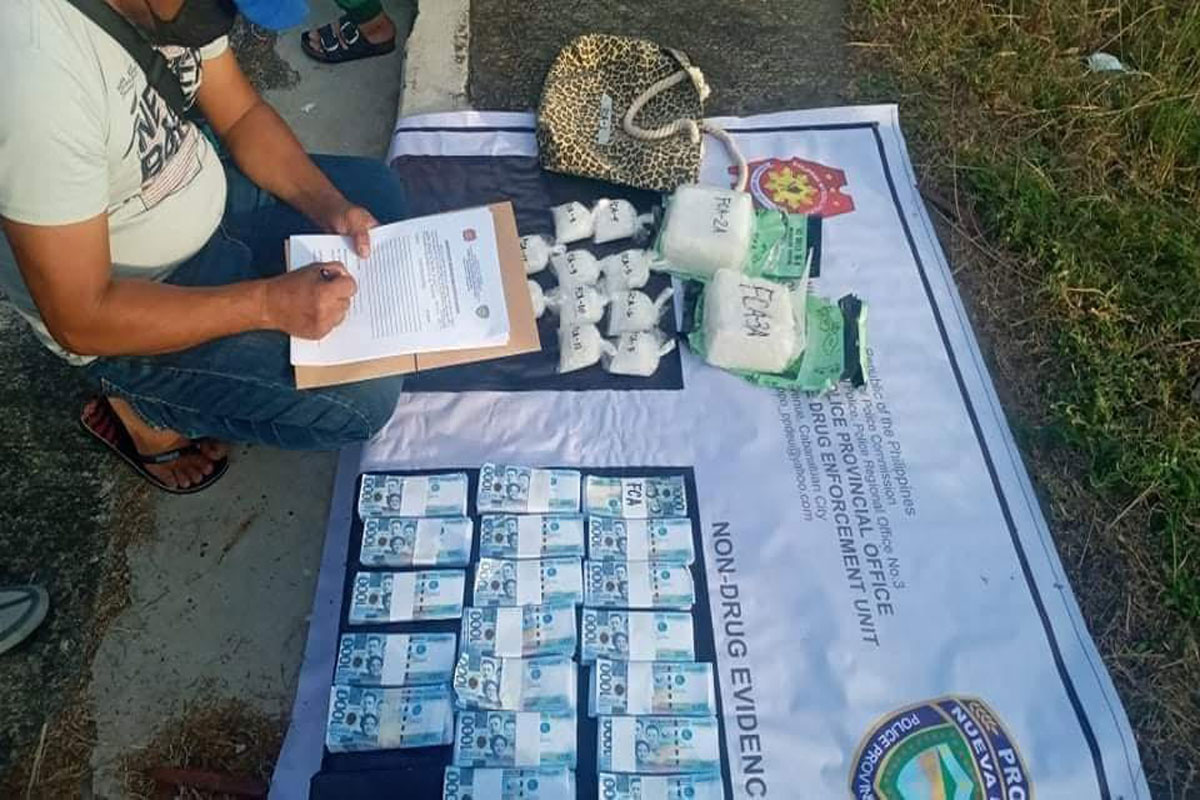 Nueva Ecija investigators conducted an inventory of the seized illegal drugs worth P20.4-million during a buy-bust in Lakewood Subdivision in Cabanatuan City on Wednesday afternoon after two “big-time” traffickers were nabbed. Photo by Steve A. Gosuico
Provincial,

CABANATUAN CITY – Two women tagged as suspected “big-time” drug traffickers were arrested, and authorities seized some three kilos of shabu worth more than P20 million during a buy-bust operation conducted by members of the Nueva Ecija Provincial Drug Enforcement Unit (PDEU) inside a posh subdivision here on Wednesday afternoon.

The latest drug haul is considered the largest so far during the almost three-month stint of Provincial Police Chief Col. Jess B. Mendez, who assumed the command here on January 9.

The duo was collared during a drug sting at the Lakewood Subdivision in Bgy. Sumacab Este at 4:30 p.m.

Seized during the sting were three kilos of shabu with an estimated street value of P20,400,000.

Other evidence recovered were a genuine P1,000 with 19 bundles of P1,000 used as boodle money and two smartphones.

Mendez said the inventory and marking of pieces of evidence are currently being undertaken while charges for violation of Section 5, Article 2 of RA 9165 will be prepared for inquest filing at the City Prosecutor against the suspects.