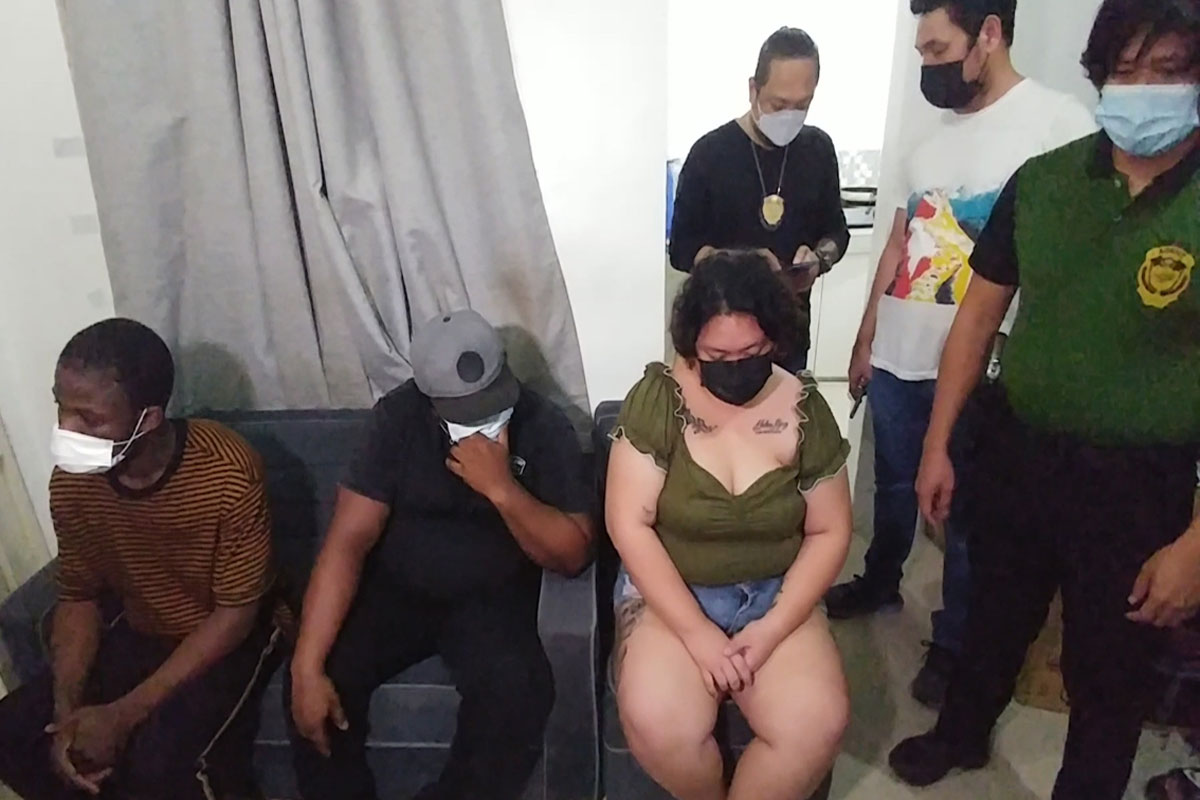 The three suspects shortly after their arrest. Photo by DENNIS ABRINA
Provincial,

According to a report, the suspects had been under close PDEA surveillance for days before the drug bust.

Seized from the suspects were a resealable plastic bag containing shabu weighing more than 500 grams with a street value of P3,400,000, a caliber 45 pistol with seven bullets, a cellphone; Nissan Almera Gray Unit with plate no NAT 4083; and the marked money used in the transaction.

The drug operation was conducted by a joint team of anti-narcotic operatives of PDEA Pampanga, PDEA Bulacan, PDEA 4-A, CIDG Pampanga and General Trias Police Station.