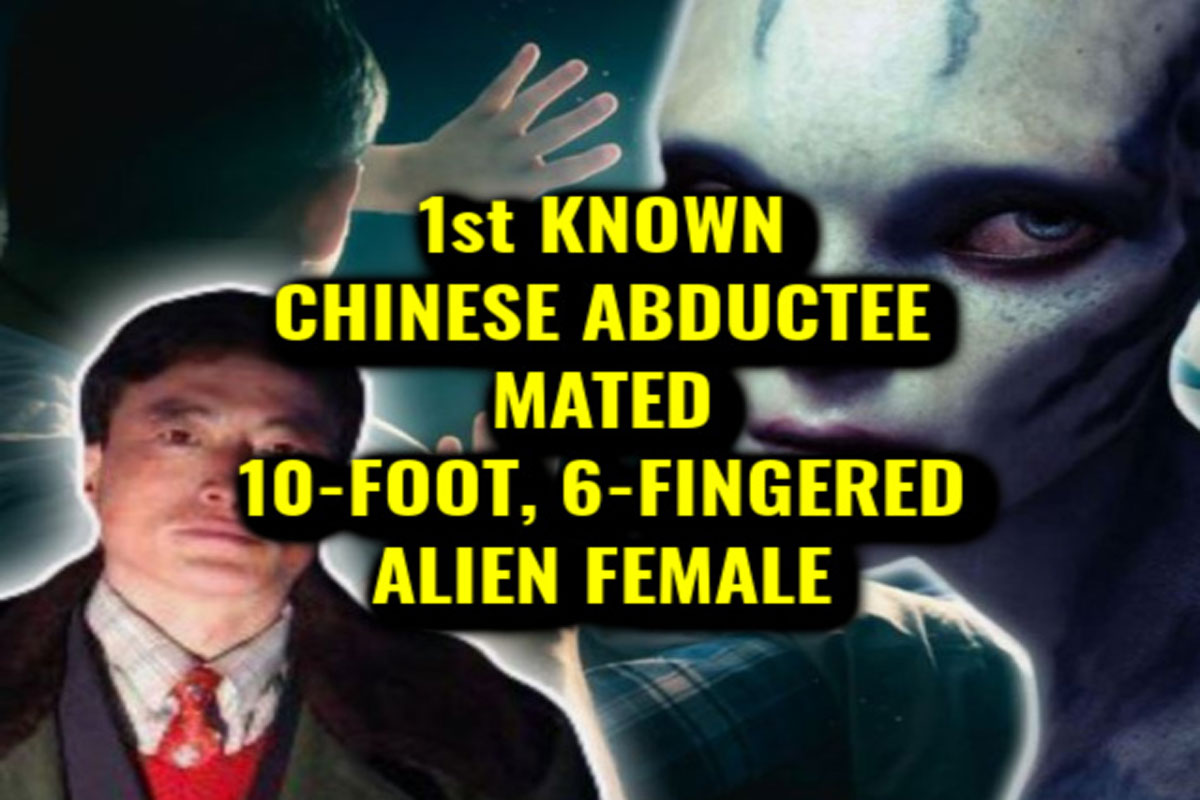 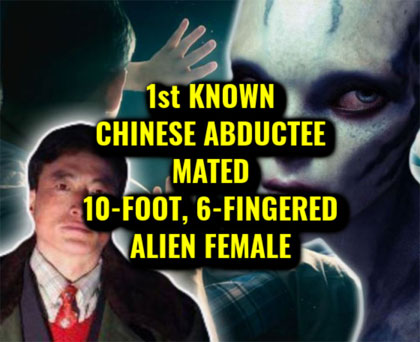 A Chinese man named Meng Zhaoguo claimed to had copulated with a 3-meter tall female alien. It happened in 1994, and he said the alien had 6 fingers and hairy legs. After the incident, Zhaoguo gained popularity in the country and was considered as the first Chinese person to allegedly be abducted by aliens.

Meng Zhaoguo lives in his home on the Red Flag Logging Commune, set among the remains of a forest in China’s far northeast, an area historically known as Manchuria. Chinese characterize Northeasterners as big-hearted, industrious and sometimes a bit touched in the head. So it was not a shock when the nation’s first person claiming interstellar relations came from here.

On the commune, Meng lived in a two-room timber frame house he had built with his own hands. Bare yellow light bulbs dropped from the ceiling, and there was no phone or cell reception. But a big-screen Sony television filled one end of the room.

“Out here, it only picks up two channels,” he said. “So it’s a waste of money, but I didn’t buy it. A businessman brought it, after he heard about my story.” Another visitor, from Malaysia, had brought him a cow. “I sold that,” Meng said. “Cows cost money to take care of. What am I going to do with a cow out here?”

He stepped outside, boots crunching snow, and faced the Dragon Mountains, veiled in purple mist as the day’s light faded. Meng said that on a night much like this in 1994, he saw a metallic glint shimmer off those peaks.

“I thought a helicopter had crashed, so I set out to scavenge for scrap.” He made it to the lip of a valley, spying the wreckage in the distance, when “something hit me square in the forehead and knocked me out.” 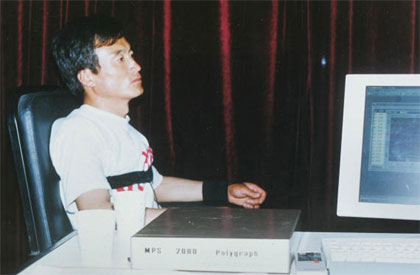 He awoke at home, with no memory of how he got there. A few nights later he woke to find himself floating above his bed. As his wife slumbered near him, a 10-foot-tall, 6-fingered alien woman with thighs coated in braided hair straddled his waist. Meng and the alien copulated for 40 minutes.

“She then disappeared through the wall and I floated back down to bed. She left me with this.” He undid his trousers to reveal a two-inch-long jagged mark that he insisted bore only a coincidental resemblance to a scar resulting from a slipped stroke of a saw.

He was asked to draw the creature, and he took a pen and tore off a sheet from a roll of rough, unbleached paper. As he made tiny x’s on the alien’s inner thighs, Meng was sketching a hairy cousin of the Michelin Man. His smiling, puffy white face waved from atop an auto repair shop at the base of Red Flag Logging Commune.

In China, the government monitors faith in anything but the Communist Party, but an expression of belief in extraterrestrials is permitted, as it falls under the purview of astronomy, and the “scientific socialism” the party supports. A ufology journal has a circulation of many hundreds of thousands, and the UFO associations across China boast a collective 100,000 members. China UFO Research Center has held annual conferences before splintering, as organized groups of believers tend to do, into rival factions. The president of the Beijing branch is a retired foreign ministry official who, after seeing a UFO, believes aliens live among us.

After Meng’s story circulated among enthusiasts, the media came calling, leading to his appearance in national newspapers and on television. He was even the subject of a debated Wikipedia page, which listed different versions of his story, including being taken to the aliens’ home planet of Jupiter, and “ongoing harassment” from the extraterrestrials.

Meng added that a month after the alien had visited him, he again awoke to find his body passing through the world map hanging over his bed. He levitated through the stratosphere and into a spaceship, where aliens circled him.

“They said in Chinese, but with a heavy accent so it was hard for me to understand at first, that they were refugees. Like me, they wanted to escape their former lives, so they left their dying home.” 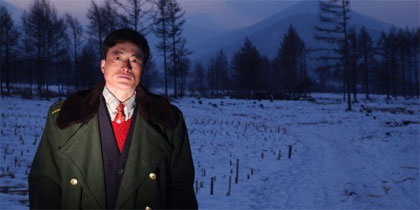 That echoed the tales of many Chinese migrants, including Meng’s desire to move his family off the defunct Red Flag Logging Commune.

Meng asked to see his alien paramour, the one with braided hair on her inner thighs.

“Impossible,’ they replied. But then they said something that made me hopeful. ‘In 60 years, on a distant planet, the son of a Chinese peasant will be born.”

His notoriety had landed this job.

“A friend told me about it, and when I came for the interview, the boss had seen me on the news,” he said. “The college provides an apartment with heating, my wife and daughter are working on campus as well, and my son attends a good Harbin middle school. He’s studying English. Life is better for him here than in the forest.”

When he retold the tale over lunch in Harbin, only one detail had changed: “I asked the aliens if I would see my child,” he added. “They said yes. But they would not tell me where.”

“But you know,” Meng said, nodding collegially. “When you live up here, you see strange phenomena all the time.”

The Strange Mystery of the Beast of the Black Causse

Ghost Needed a Bath at the Nogales Hotel