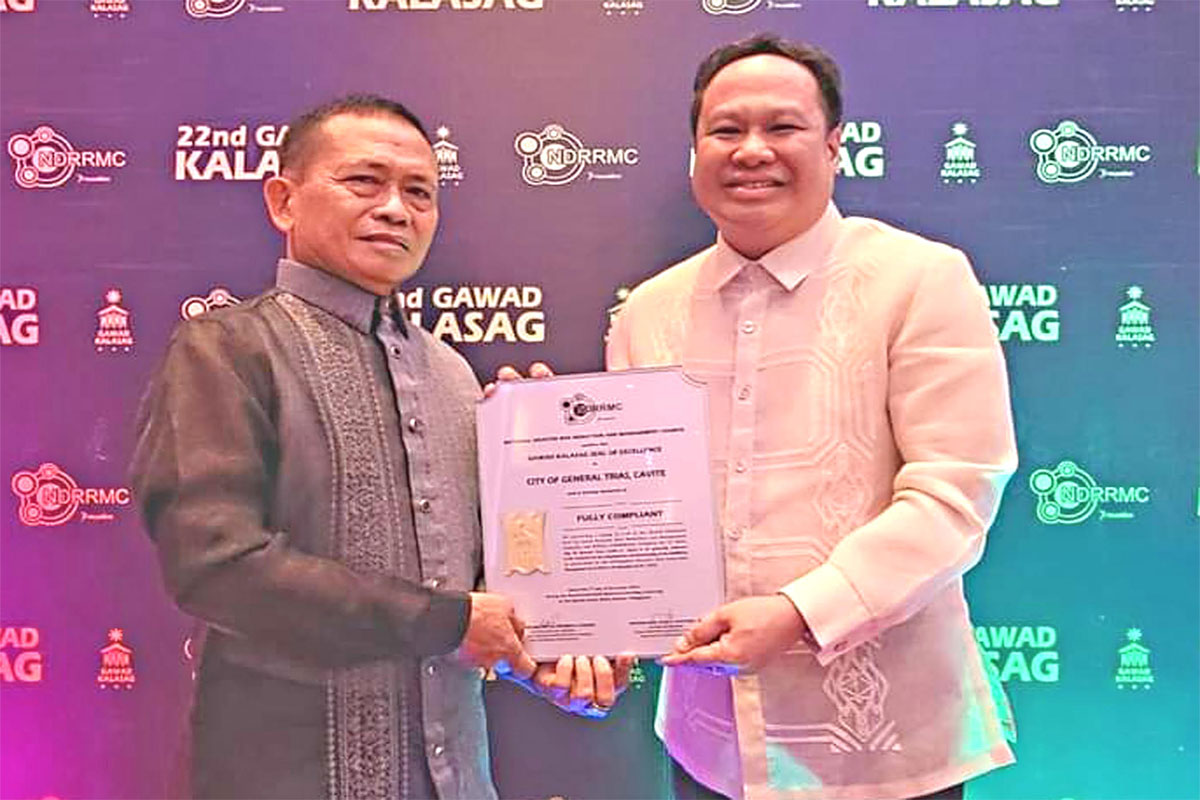 The cities of Imus, Bacoor, and Dasmariñas, towns of Carmona, Kawit, and Amadeo, together with the provincial government of Cavite, received the “Beyond Complaint” commendation among the 135 Beyond Compliant LGU awardees.

The local chief executives of the winning localities were glad at the recognition of their cities and towns, including Mayor Alex Advincula of Imus, Luis Ferrer IV of General Trias, Abraham “Bambol” Tolentino of Tagaytay, Denver Chua of Cavite City, Dr. Dahlia Loyola of Carmona, Kevin Anarna of Silang, and Randy Salamat of Alfonso.

Mayor Raffy Dualan is “very happy” that the local government of Naic has won an award for the second time and stated that it is “a [historical] recognition for the skill, discipline and strategy of the Naic LGU staff.”

“We will continue to improve the services and facilities of our CDRRMO for the best service for the people of Cavite City,” Mayor Denver Chua said in an interview.

Gawad Kalasag is the national government’s recognition and award system for local governments (units) for the effective promotion and implementation of plans and preparedness for disasters, adaptation to climate change, and programs that will protect and support the community in the event of high risk or extreme risk.