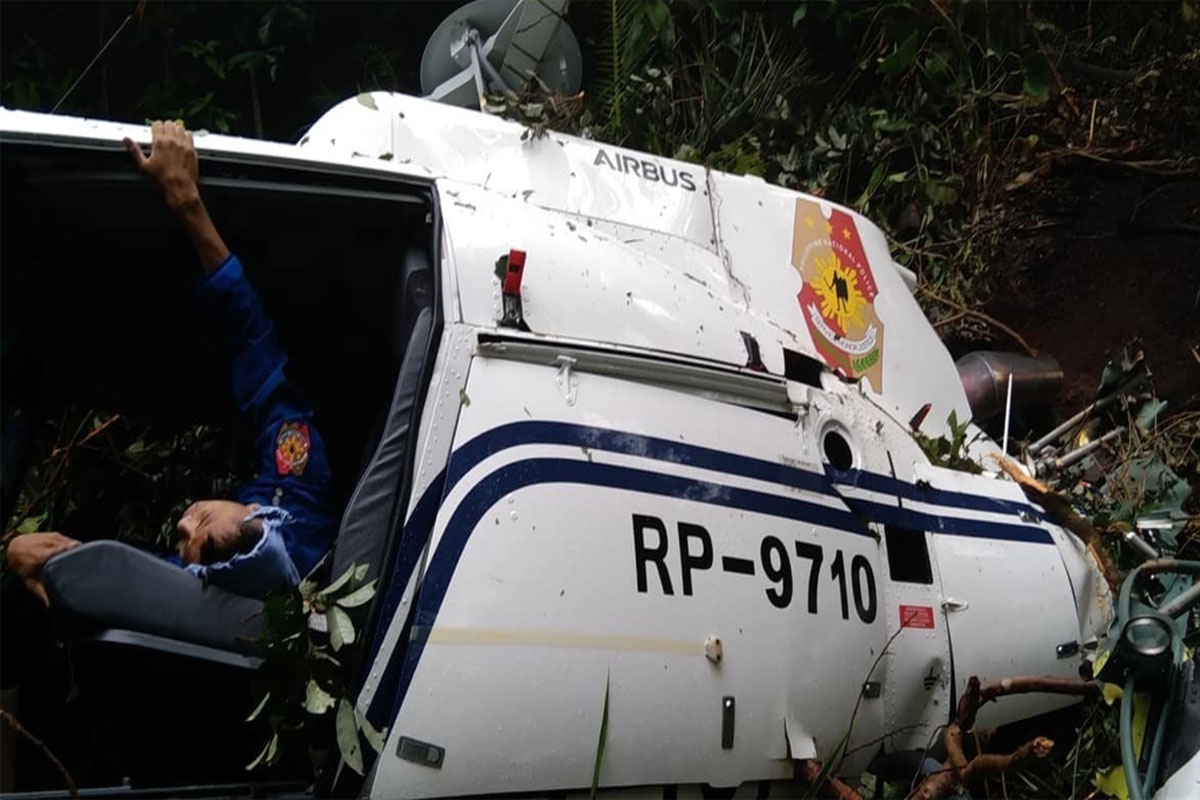 The ill-fated H125 Airbus with registry number RP-9710 was earlier reported missing hours after taking off at 6:17 a.m. from the Manila Domestic Airport in Pasay City en route to Northern Quezon on an administrative mission.

Both were taken to a private hospital in Infanta town for treatment.

The 3rd victim identified as Patrolman Allen Noel Ona died due to serious injuries he sustained as a result of the crash. Earlier reports said the cop was believed to be in critical condition when he was found by paramedic rescuers at the crash site.

Following the incident, PNP chief, General Dionardo B. Carlos ordered the grounding of the entire fleet of H125 Airbus Police helicopters while an investigation is underway in coordination with civil aviation authorities.

The chopper was one of the three additional multirole helicopters procured by the PNP last year to boost its operational capability against insurgency and terrorism. The choppers were bought from the Airbus Helicopters Southeast Asia PTE LTD.

Prior to the crash, the PNP had seven H-125 Airbus, two R-22 Robinson police helicopters and a fixed-wing trainer aircraft, all stationed in Metro Manila.

However, Gen. Carlos said he wants the deployment of the helicopters in Central Visayas, Southern Mindanao and Northern Luzon.

One of the chopper passengers, Major Gen. Jose Ma. Victor DF Ramos, then the PNP Comptroller died after battling his injuries for months.

In May 2010, a private helicopter carrying then Quezon Governor Rafael Nantes and his two security personnel crashed shortly after takeoff in Lucena City, killing the three and the pilot on the spot. A 14-year old girl on the ground also died as a result of the accident.